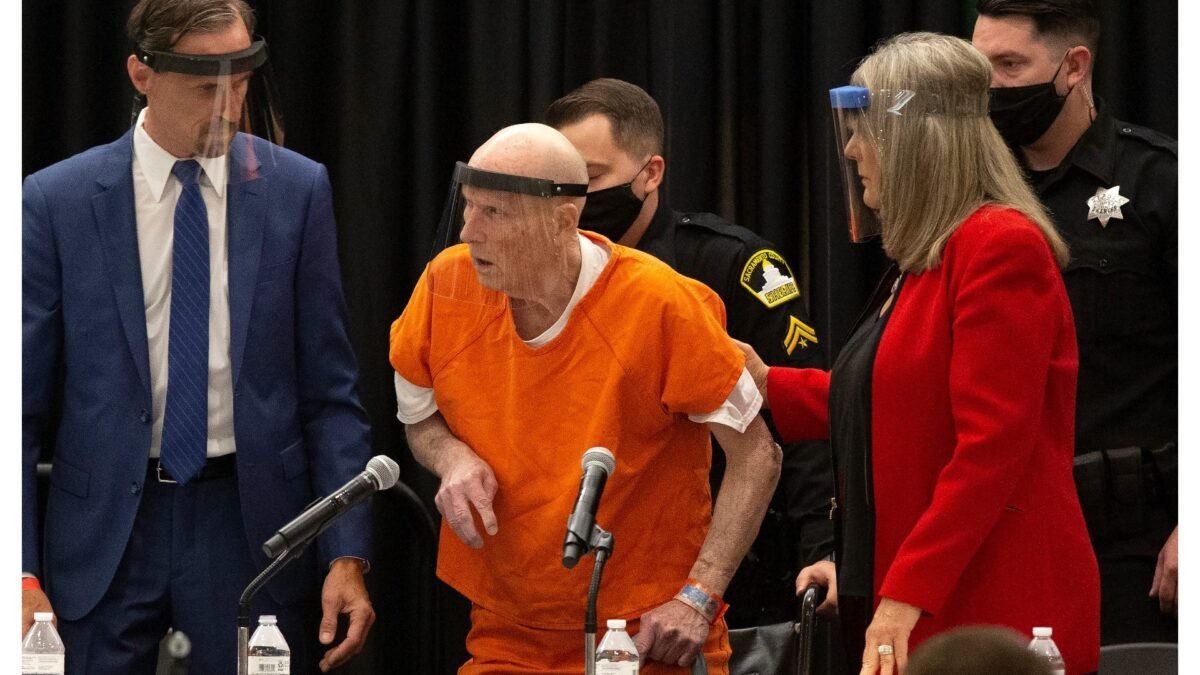 SACRAMENTO- Ex cop, 74 year old Joseph Deangelo Jr. , plead guilty to charges including murder and rape today in a makeshift courtroom in the University Ballroom at Sacramento State where he once graduated from with a degree in Criminal Justice.

The charges for DeAngelo, known as the “Visalia Ransacker”, “East Area Rapist”, and “Golden State Killer” included 13 murders and 13 charges of kidnapping for purposes of robbery. He is also suspected in at least 62 other rapes and kidnappings that the statutes of limitations already expired for when committed between 1973 and 1986. He is believed to have attacked at least 106 children, women, and men including 50 rapes and 13 known murders. The youngest known rape victim was 12 years old at the time she was rapped with her mother in the next room. DeAngelo would place dishes on the backs of the other people in the home who weren’t being raped and tell them if he heard the them fall he’d kill everyone.

As a police officer in Exeter, California he was responsible for investigating burglaries which is also the type of crimes he committed as the “Visalia Ransacker” believed to have led to him eventually raping and killing throughout California including two rapes in Stockton and two rapes in Modesto.

He was identified more than 40 years later indirectly through DNA testing of a male relative from an online DNA website. Once he was narrowed down as a possible suspect a sample of his DNA was obtained by cold case investigators from a discarded water bottle. The DNA was a direct match and he was arrested at his home in Citrus Heights where he would babysit his grand daughters. His crimes were connected by not only DNA, but his modus operandi and physical characteristics including an unusually small penis.

The guilty plea comes in exchange from prosecutors not seeking the death penalty that Governor Newsom has suspended.