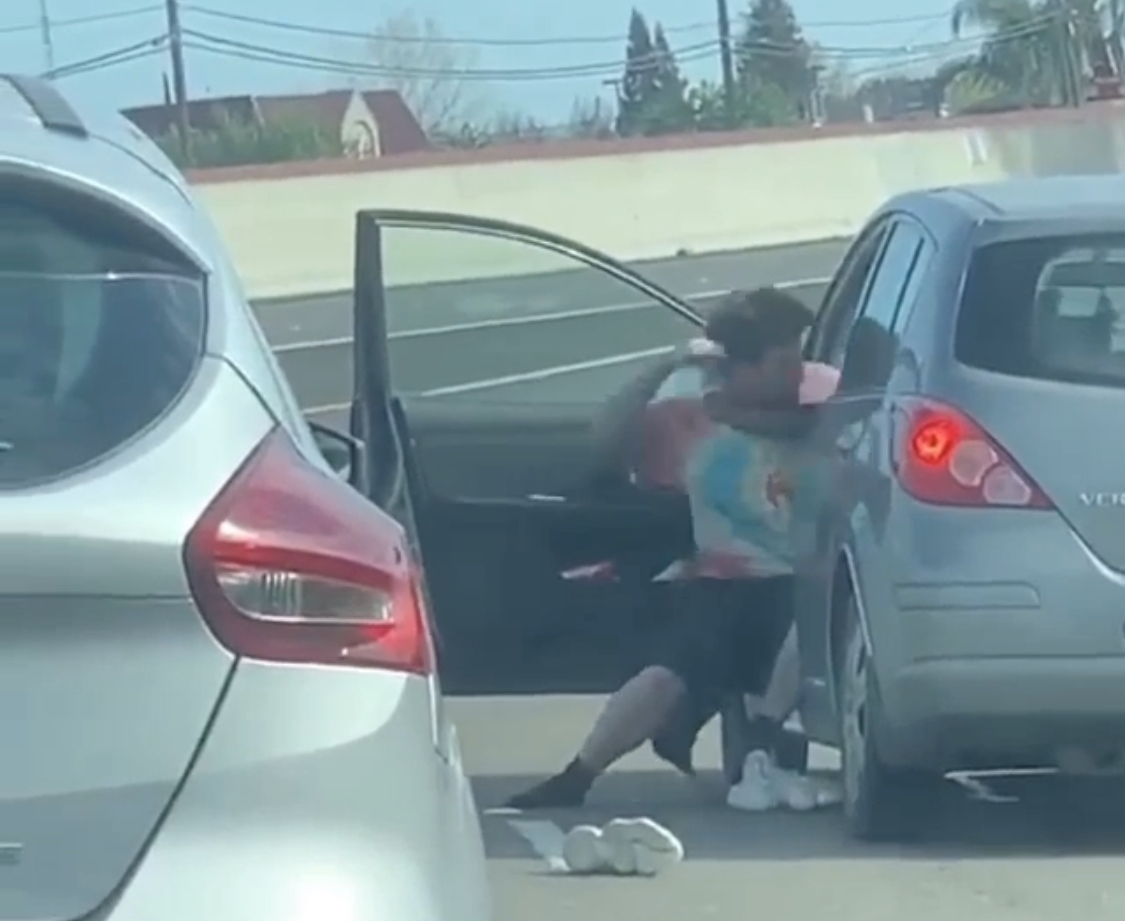 STOCKTON- Dramatic vídeo from several angles shows a man attacking a driver of a car in traffic on freeway 99 southbound in Stockton. Witnesses describe the driver as elderly and believe it was an attempted car jacking although no information form law enforcement has confirmed that. After bystanders attempt to help the man being attacked the attacker walks off on the freeway stopping traffic.