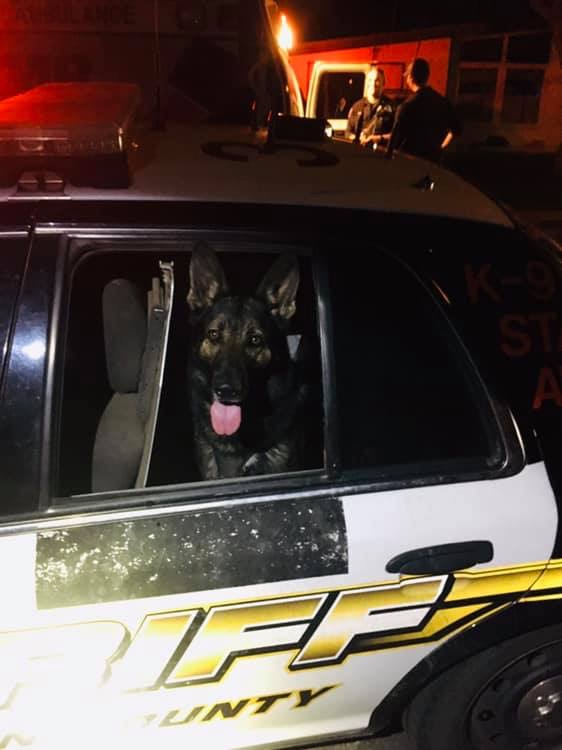 STOCKTON- On March 3rd, 2019, San Joaquin Sheriff Deputies responder to a disturbance call on the 3700 block of Dennis Avenue. Upon arriving, deputies were confronted by, Eracleo Cisneros, wanted on an outstanding felony warrant.

The disturbance call was placed after Cisneros allegedly set a shed on fire in the backyard of the residence. By time Deputies arrived Cisneros challenged them with a large steel bar.

In a statement from the Sheriffs Office the threat was eliminted using less than lethal force- a K9:

“He approached deputies, raising and swinging the bar at them.

Deputy Schaapman commanded his canine partner, Gero, to apprehend Cisneros. Gero made contact with Cisneros and forced him to the ground, causing him to drop the steel bar.

Sheriff’s Office canines provide the ability for us to safely arrest violent criminals. Not only do they protect the lives of citizens and law enforcement, but Gero’s swift action prevented the need for deputies to escalate the level of force necessary to take Cisneros into custody.

Cisneros was arrested for his outstanding felony warrant, and was also charged with three counts of assault on a Peace Officer with a Deadly Weapon.”

Deputies relied on their training and the tools available to them to end the incident without severe injuries to the deputies or suspect.