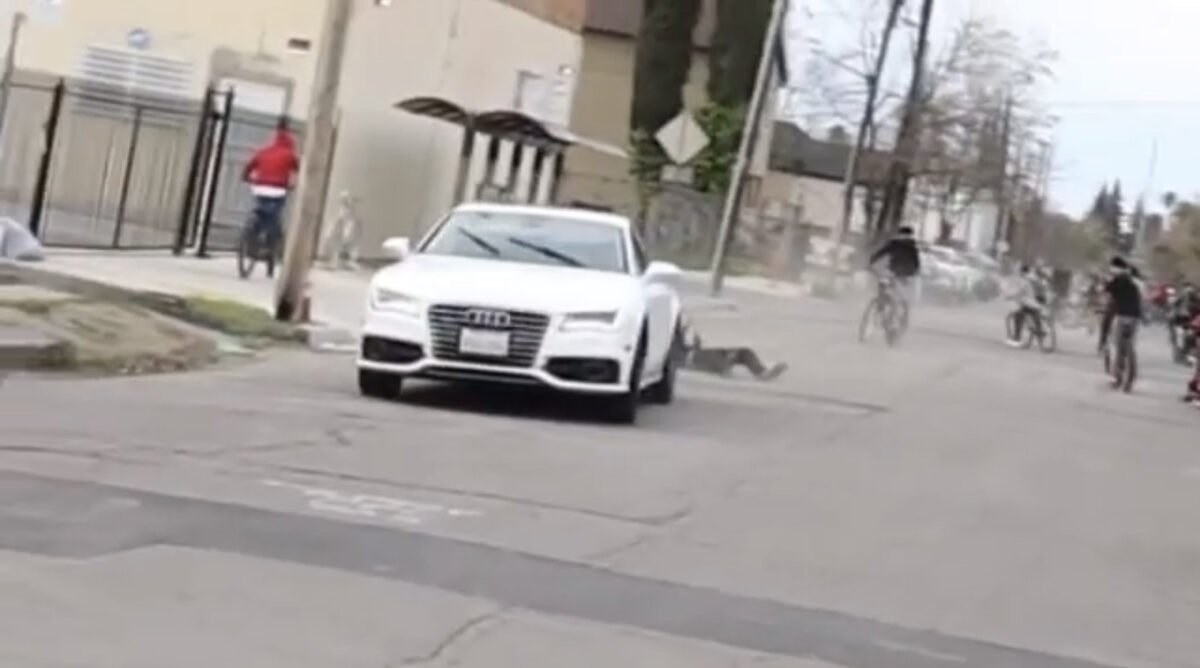 UPDATE On 3/17/2021: We have confirmed with Stockton PD that the driver of the car went straight to the police station after hitting the teen in this video and cooperated fully with the investigation. We have reviewed her report, giving her account of events saying she was in fear when riders blocked her car because her daughter was in the car. According to the Conclusion of the report, it was the opinion of the Officer that the teen who was hit was determined to be at fault by riding his bike in the wrong direction causing the collision with the driver who was going in the correct direction.

No city cameras captured the impact.

Since the driver went to the police station to report the incident, Police classify this as a “Collision with an injury” and not a “Hit and Run”.

STOCKTON- Yesterday around 4pm on Aurora St, a group of bike riders were riding down the street when according to several witnesses a woman became enraged and starting yelling at them.

According to the witnesses after yelling at them she began allegedly speeding up and swerving at several riders hitting a 14 year old boy.

As seen in this video the driver of the white Audi then sped off, but not before fellow riders got her license plate on film. The teen who was hit is doing ok.