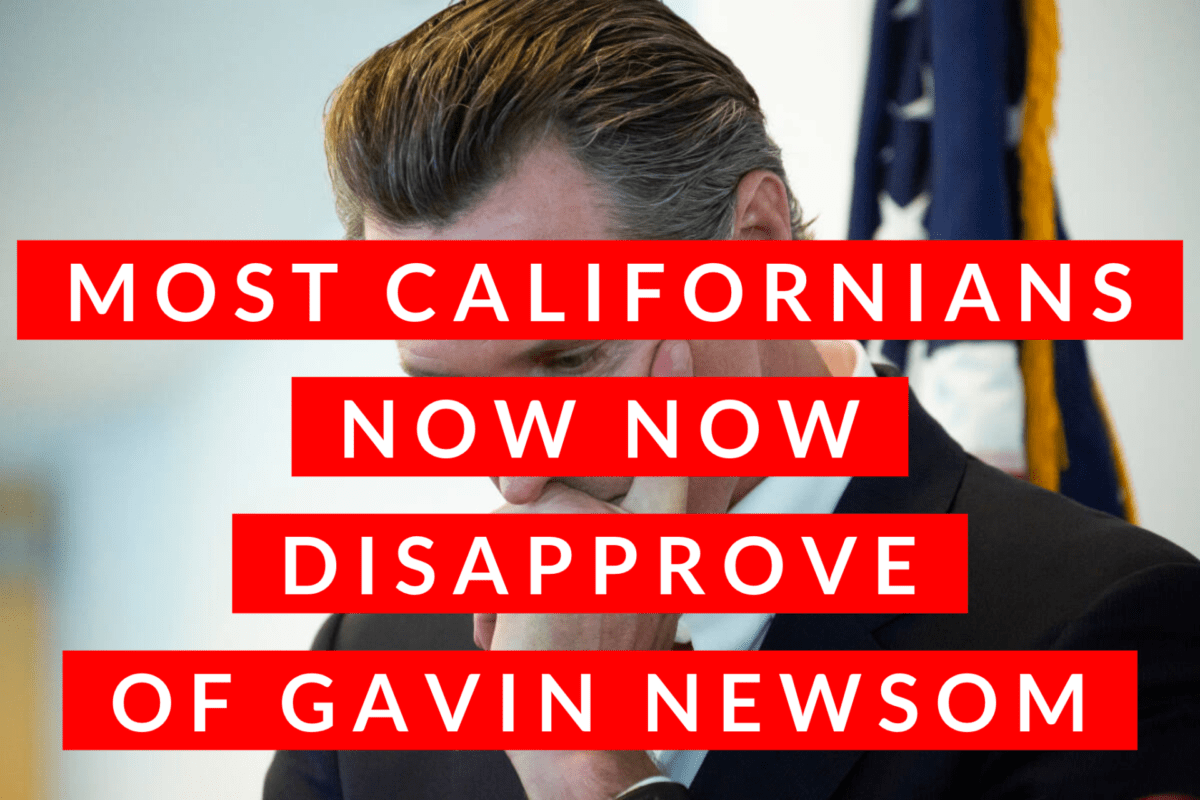 CALIFORNIA- Most Californians now disapprove of the performance of Gavin Newsom as Governor. According to a poll by UC Berkeley Newsom’s approval rating has dropped from 64% a year ago to only 46%. His Disapproval rating is now greater at 48% for the first time in office.

Out of the various regions in the state the Central Valley has one of the highest rates of Distrust for Newsom at 53%.

These newest results come amidst a growing move to have him recalled as Governor.

The Institute of Governmental Studies at UC Berkeley has put out the following statement:

“Californians are reevaluating their views of the job Gavin Newsom is doing as governor. The latest Berkeley IGS Poll conducted online last week among over 10,000 registered voters finds just 46% approving of Newsom’s performance as governor, while 48% disapprove, 31% of whom disapprove strongly. This represents a big shift in public sentiment from last year when large majorities approved of the job Newsom was doing.
Fueling the decline is the public’s much more negative assessment of the way Newsom and state government are handling the pandemic. The latest poll finds fewer than one in three Californians (31%) rating Newsom as doing an excellent or good job in handling the pandemic overall, down from 49% last September. Also, just 22% offer a positive rating of the job he and state government are doing in overseeing the distribution of the coronavirus vaccines to the public. In addition, only about half (47%) have a great deal or some trust in the way the Governor and state government are setting the rules when issuing stay-at-home orders or setting guidelines for business to follow to slow the spread of the virus, with majorities describing them as inconsistent (62%), confusing (60%) and ineffective (53%).
When asked about the possibility of holding a special election later this year to recall the Governor, more voters (49%) feel it would be a bad thing for the state rather than a good thing (36%). And when asked how they would currently be disposed to vote if a recall election were held, while less than half (45%) say they would vote to retain the Governor, just 36% say they are now prepared to vote to remove Newsom from office. A relatively large proportion of voters (19%) are undecided.
Observed IGS Co-Director Eric Schickler, ‘These results should provide a strong warning to the Governor. If the recall election does go forward, the state’s response to the pandemic needs to be seen as more successful for the Governor than it is now for him to be confident of the election outcome.’”