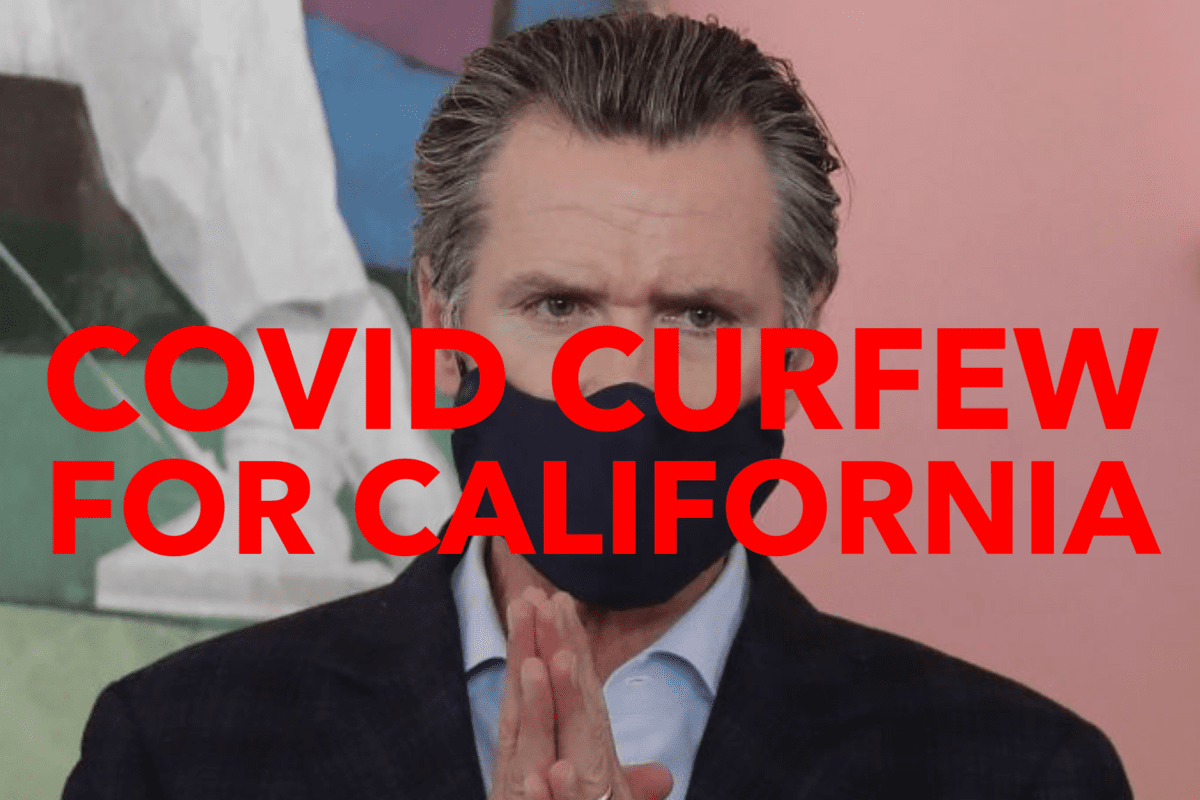 CALIFORNIA- Governor Newsom announces a statewide curfew for all counties in the “purple tier”, which is 90% of the population, to adhere to a curfew beginning Saturday November 21st and lasting until December 21st.

Details were given in a press release given by the Governor:

“Non-essential businesses and personal gatherings are prohibited between 10 PM and 5 AM beginning Saturday, November 21 at 10 PM

SACRAMENTO – In light of an unprecedented, rapid rise in COVID-19 cases across California, Governor Gavin Newsom and the California Department of Public Health (CDPH) today announced a limited Stay at Home Order requiring generally that non-essential work, movement and gatherings stop between 10 PM and 5 AM in counties in the purple tier. The order will take effect at 10 PM Saturday, November 21 and remain in effect until 5 AM December 21. This is the same as the March Stay at Home Order, but applied only between 10 PM and 5 AM and only in purple tier counties that are seeing the highest rates of positive cases and hospitalizations”.

This dramatic announcement comes as cases of infection increase throughout the nation.

The announcement also comes just days after Newsom was caught violating his own orders when he was photographed attending a birthday party for a high priced lobbyist at a winery in Yountville in wine country. The plates for dinner reportedly cost $350 each.