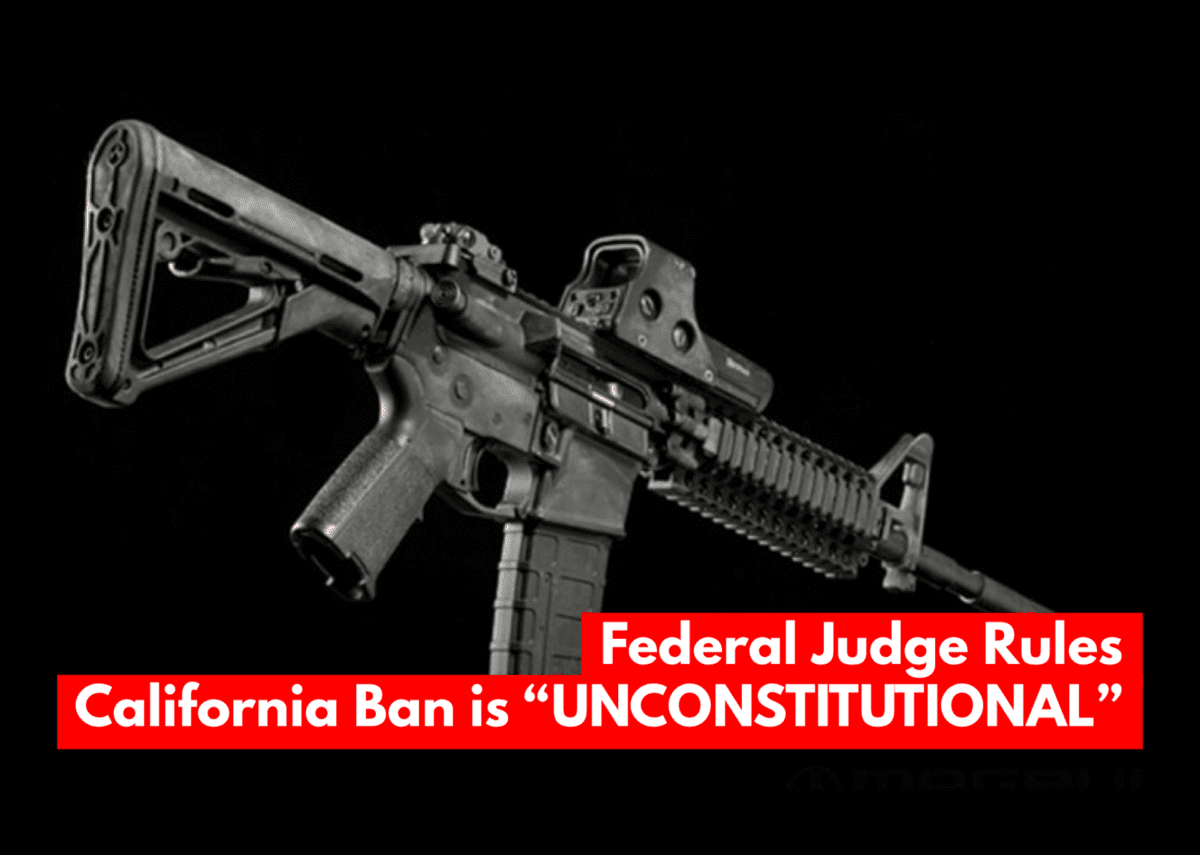 CALIFORNIA- On Friday June 4th, a federal judge, Roger Benitez, overturned California’s long standing assault rifle ban citing: “Like the Swiss Army Knife, the popular AR-15 rifle is a perfect combination of home defense weapon and homeland defense equipment. Good for both home and battle, the AR-15 is the kind of versatile gun that lies at the intersection of the kinds of firearms protected under District of Columbia v. Heller, 554 U.S. 570 (2008) and United States v Miller, 307 U.S. 174 (1939). Yet, the State of California makes it a crime to have an AR- 15 type rifle. Therefore, this Court declares the California statutes to be unconstitutional”.

The ban was put in effect in 1989 following the racist massacre of south East Asian children at Cleveland Elementary in Stockton by a white gunman armed with an AK-47.

The Judge used statistics in his ruling to dispel the argument against AR-15’s in particular:

“This case is not about extraordinary weapons lying at the outer limits of Second Amendment protection. The banned “assault weapons” are not bazookas, howitzers, or machineguns. Those arms are dangerous and solely useful for military purposes. Instead, the firearms deemed “assault weapons” are fairly ordinary, popular, modern rifles. This is an average case about average guns used in average ways for average purposes.

One is to be forgiven if one is persuaded by news media and others that the nation is awash with murderous AR-15 assault rifles. The facts, however, do not support this

hyperbole, and facts matter. Federal Bureau of Investigation murder statistics do not track assault rifles, but they do show that killing by knife attack is far more common than murder by any kind of rifle. In California, murder by knife occurs seven times more often than murder by rifle. For example, according to F.B.I. statistics for 2019, California saw 252 people murdered with a knife, while 34 people were killed with some type of rifle – not necessarily an AR-15.2 A Californian is three times more likely to be murdered by an attacker’s bare hands, fists, or feet, than by his rifle.3 In 2018, the statistics were even more lopsided as California saw only 24 murders by some type of rifle.4 The same pattern can be observed across the nation”.

The full 94 page ruling can he found here.