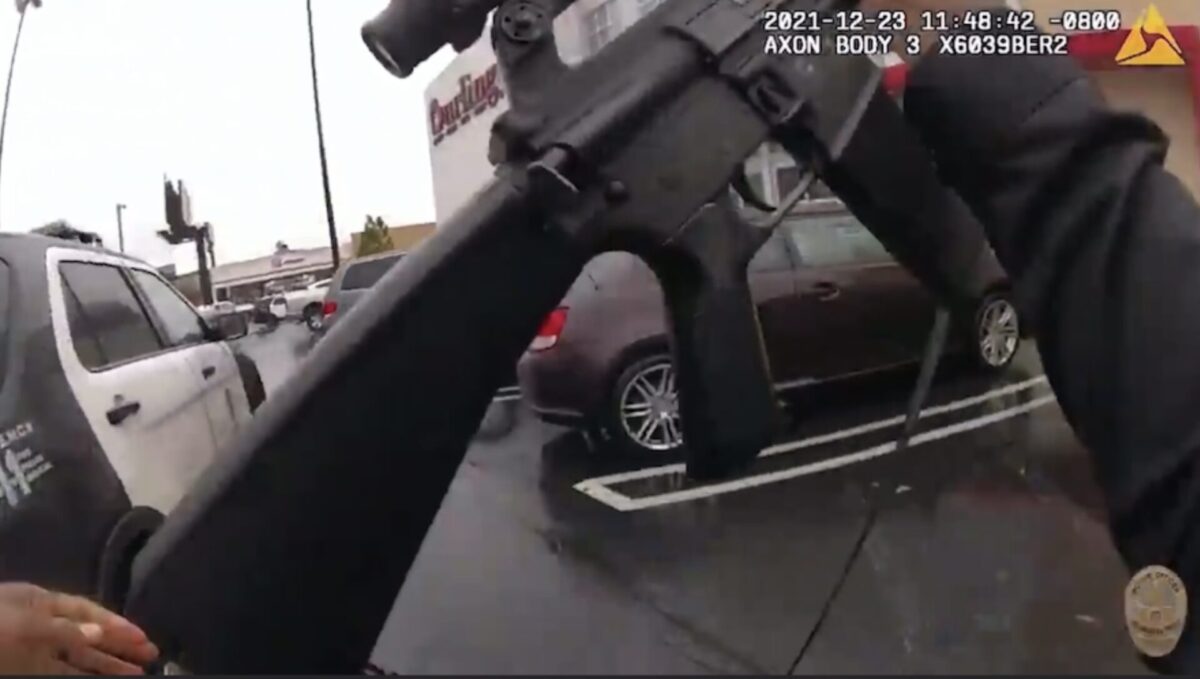 From our 213 Times Division

NORTH HOLLYWOOD-The LAPD has released body cam and store security footage of the shooting in which an LAPD officer shot and killed both an assailant and innocent 14 year old girl in a dressing room while she was reportedly trying on a dress for a quinceañera with her mother. Despite being incorrectly told by a caller that the assailant was shooting a gun in the store, no gun was present or identified at the time of the shooting. LAPD has released the following statement:

On December 23, 2021, around 11:45 a.m., North Hollywood officers responded to a radio call for an Assault with a Deadly Weapon in Progress, at a business, on the 12100 block of Victory Boulevard. While enroute to the location, officers received multiple radio calls from the same location that there was a possible shooting in progress and that there were individuals sheltering in place.

As the officers arrived at the location, they began a search for the suspect. During that search, officers located a female who was suffering from various injuries and bleeding. They encountered the suspect a short distance away and an officer involved shooting occurred. The suspect was struck by gunfire and taken into custody. Fire department paramedics responded and determined the suspect deceased at scene.

One victim was transported to the hospital for injuries sustained as a result of the suspect’s attack and was admitted in unknown condition at this time.

Unbeknownst to the officers, a 14-year-old girl was in a changing room behind a wall, that was directly behind the suspect and out of the officers’ view. She was in the changing area with her mother when the officers encountered the suspect and the officer involved shooting occurred. During a search for additional suspects and victims, officers found the girl and discovered she had been struck by gunfire. She was pronounced dead at the scene. At this preliminary phase of the investigation, it is believed that victim was struck by one of the rounds fired by an officer at the suspect. Police Chief Michel R. Moore commented:

“This chaotic incident resulting in the death of an innocent child is tragic and devastating for everyone involved. I am profoundly sorry for the loss of this young girl’s life and I know there are no words that can relieve the unimaginable pain for the family. My commitment is to conduct a thorough, complete and transparent investigation into the circumstances that led up to this tragedy and provide the family and public with as much information as possible. I have directed the release of the critical incident video by Monday, December 27th, which will include the 9-1-1 calls, radio transmissions, body worn video and any CCTV and other evidence gathered at this preliminary stage.”

Once the investigation has been completed, it will be turned over to the California Department of Justice’s Special Prosecutions Section within the Criminal Law Division for independent review.