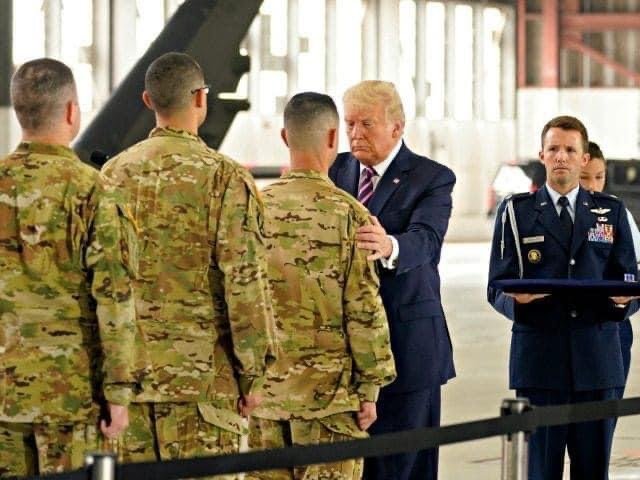 CALIFORNIA- Monday September 14, during a visit to the state to survey the damage caused by historic wildfires, President Donald Trump honored Soldiers of the California Army National Guard’s 40th Combat Aviation Brigade for their rescue of 200 people in perilous danger and trapped behind fire lines of the Creek Fire on September 6, 2020.

One air crew flying a Blackhawk helicopter from Fresno was honored as well as the unit from Stockton flying the Chinook helicopter pictured. Working together against odds and with great risk to themselves they managed to rescue some 200 people who had no other options. All seven crew members were awarded with the Distinguished Flying Cross.

Despite being told it was too dangerous and to turn back, the crews refused and soldiered on. Over the course of 48 hours, the crews saved an additional civilians under similar circumstances, over several flights back and forth.

The Chinook crew members were: