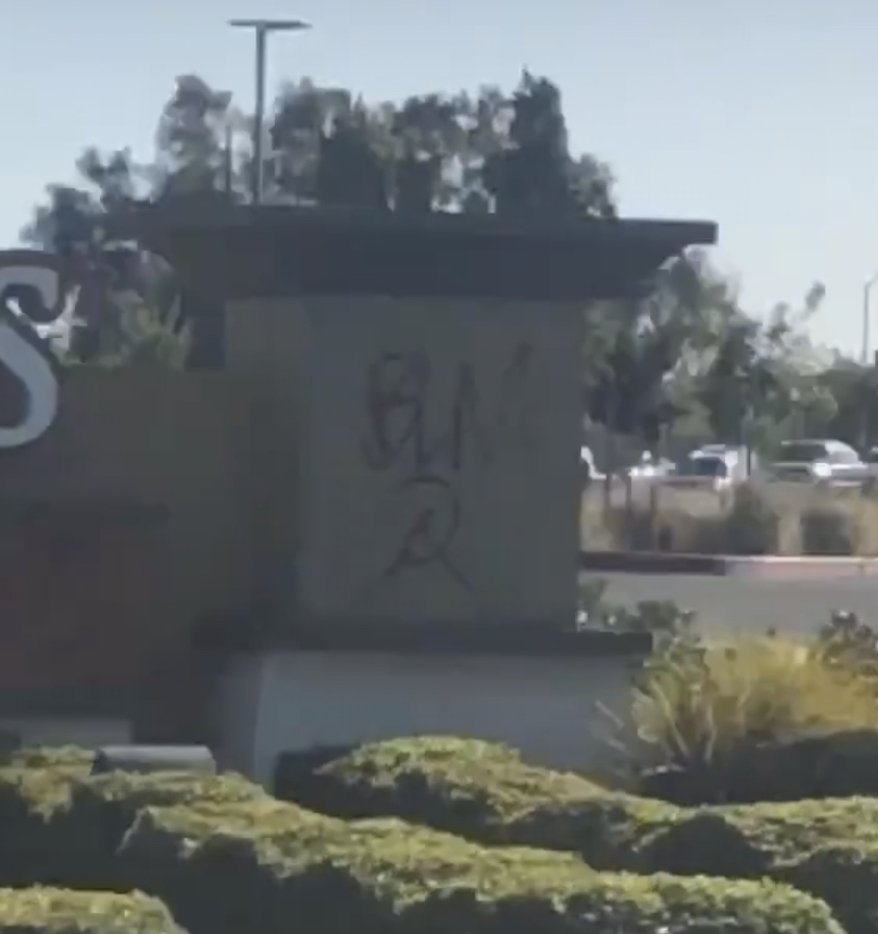 LODI- Video was captured today near the area where hundreds of people gathered to protest against racism and police violence of an unidentified man spray painting and defacing the entrance sign to the Reynolds Ranch Shopping Center. The video captures the moment he paints the structure and walks away.

The video was submitted to us by someone who thought it was just a random tagger, but when reviewing the video and pausing it it’s clear what he captured without realizing it at the time. The letters BLM are included with a hammer and sickle sign representing communism. This is a dread giveaway the individual wasn’t actually involved with any protestors (none are anywhere around in the video), but someone trying to make it appear the peaceful protests defaced property in the name of Black Lives Matter. BLM doesn’t not represent communism, but those who criticize the protests do make that association as a charge against both them and Antifa which is short for Anti Fascist.

This comes days after the San Joaquin County Sheriff’s Office posted pictures of rocks and a pipe stating they were “planted” near a planned protest in Stockton organized by the Stockton BLM group. That group has been protesting in that city for more than five years and has never once used rocks or pipes.

The witness who recorded the video says the unidentified man was driving a red car.