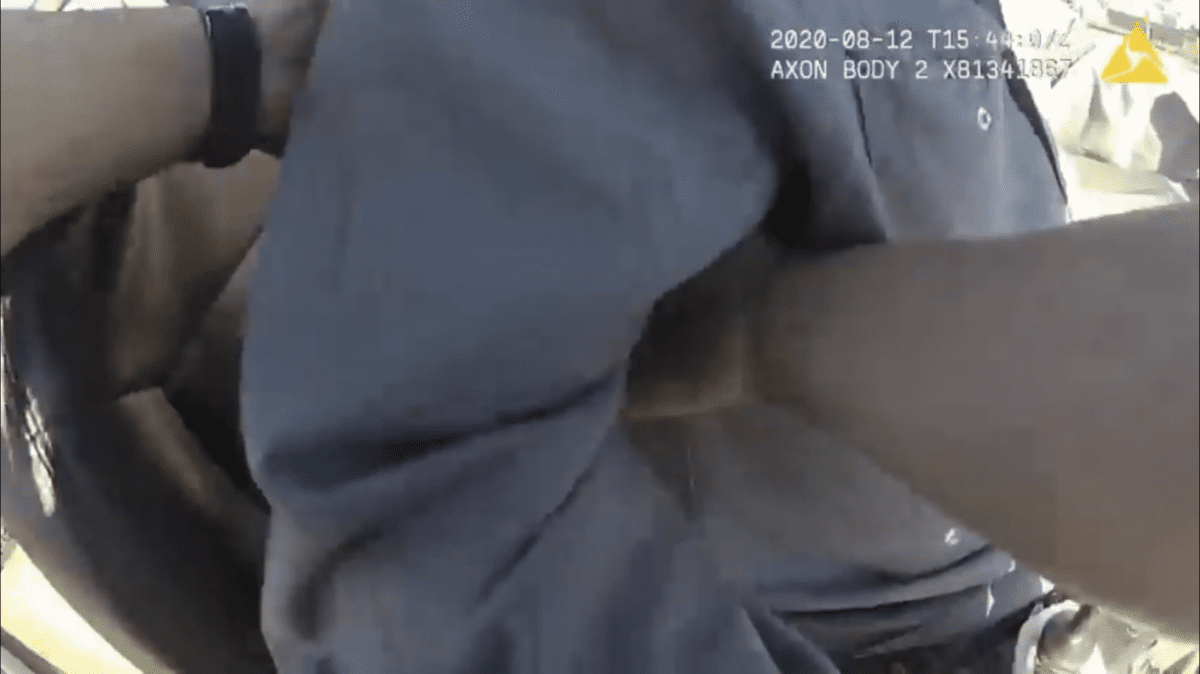 On August 12th at approximately 8:44am Officer Urrea of Lodi PD was driving down Lodi Ave when she spotted the 66 year old man in his electric wheelchair on the train tracks as the crossing arms were lowering. She exited her vehicle and pulled the man to the ground away from the tracks a second before the train hits the chair.

Officer Delgado arrived today assist her and the man whose leg was injured in the fall. He was transported to the hospital and treated.

Two weeks ago a woman was killed in Lodi by a train on the same tracks.

Lodi PD releases the following statement: “Officer Urrea risked her own life to save another and her actions prevented a tragedy today. We are extremely proud of Officer Erica Urrea and her heroism”.