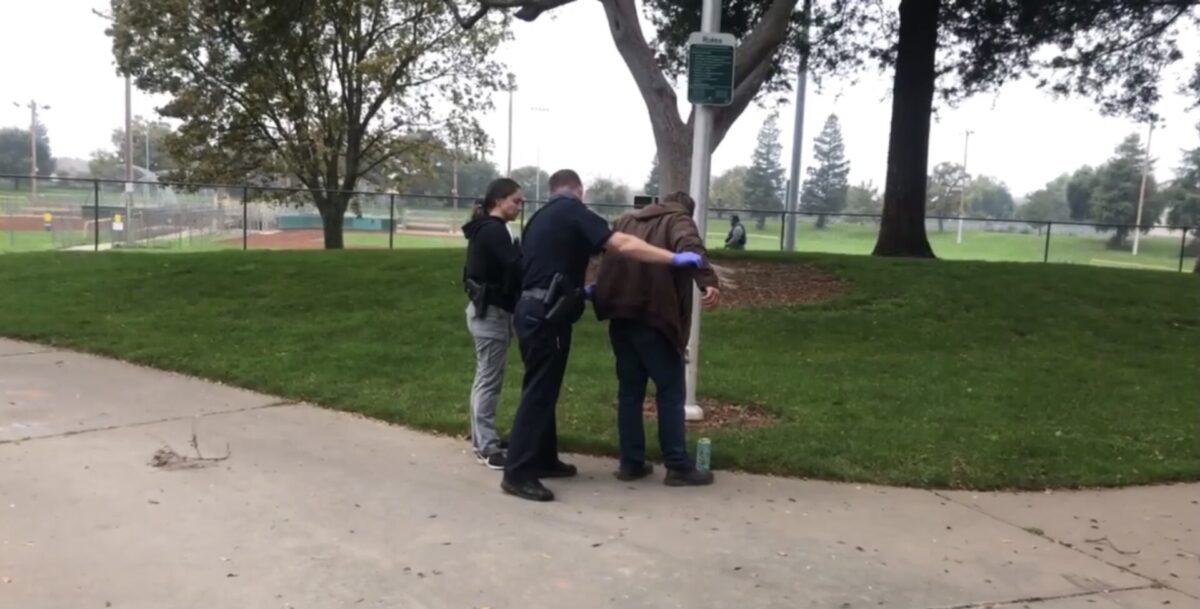 LODI- Police are investigating a double homicide in Lodi this morning. Two dead bodies where discovered in Salas Park near Stockton St where Century dead ends near the tracks. Witnesses on the scene say there appears to be a double homicide with multiple stab wounds to the victims.

Self proclaimed “Bruce Wayne” who is known for fighting crime in Stockton, was on the scene nearby when he recognized a transient he was familiar with and approached him. After noticing he was covered in blood and had slice wounds to his hand and leg, he detained him and immediately called Lodi Police.

The possible suspect has been transported to the hospital to treat the injuries Bruce Wayne believes were sustained during the attack. Police have not yet made an announcement. The victims were found near the tracks and may also be transients.

UPATE: An arrest has been made.