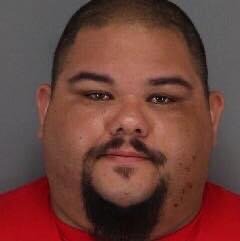 LODI- Yesterday at 6pm police were called after a man eating at the Black Bear Diner began stabbing another man to death. There were initially conflicting accounts as to who was stabbed and why, but the motive remains unknown. Eye witnesses thought a busboy/waiter was stabbed while taking away the assailant’s plate, but police say the man killed was sitting down eating with the assailant. Eye witnesses also say the second man who was stabbed in the hand while intervening was a waiter.

“On October 9th at around 5:59 PM Lodi PD officers were dispatched to Black Bear Diner (2347 W. Kettleman Ln) on a report of a stabbing with multiple victims and the suspect still on scene. Officers arrived and found an adult male suffering from multiple stab wounds inside the restaurant. Officers conducted life saving measures until medical personnel arrived and transported the victim to a local hospital, where he later succumbed to his injuries. While on scene several witnesses identified the suspect, who was also inside the restaurant, and he was taken into custody without further incident. The suspect was later identified as Robert Andrino (34 of Carmichael) and he was ultimately transported to the San Joaquin County Jail where he was booked for murder.

At this time it appears the victim and suspect knew each other, as they were reportedly having a meal together at the restaurant. While seated at their table an altercation took place between the two and the suspect produced a knife and started stabbing the victim. During the altercation an uninvolved customer intervened and was able to take the knife away from the suspect. In doing so he suffered a cut to his hand and was medically treated at a local hospital. Several witnesses were contacted at the scene and no other victims were reported or located.

At this time the relationship between the suspect and victim is unknown and the motive is still under investigation. The victim’s name is being withheld pending next of kin notification.