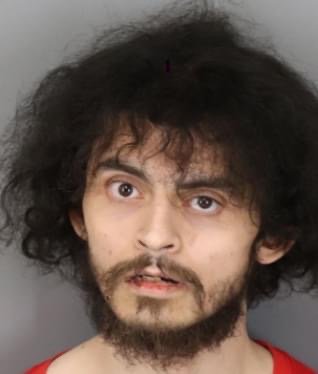 “On 3/1/21 at approximately 11:20 am, MPD Officers were dispatched to a residence in the 1400 block of Bridgeport Ln to investigate a stabbing. The victim called MPD and stated he was stabbed three times by his brother, Max Sorto (28 of Manteca). The victim escaped the residence through a bedroom window to seek medical aid and contact the police.

The victim told Officers the incident began when Sorto made statements about threatening to kill various people. The victim attempted to dissuade Sorto from carrying out these threats. Sorto then threatened to kill the victim and stabbed him multiple times during the ensuing altercation.

The victim was transported to an area hospital for treatment. He was last reported to be in stable condition.

Officers surrounded the residence and were able to convince Sorto to surrender. He was taken into custody without incident. Sorto apparently also suffered a stab wound during the altercation with the victim. It is unknown at this time if the wound was self-inflicted (accidentally or intentionally) or if another party caused the injury. Sorto was transported to County Hospital for treatment and was later booked at County Jail on charges of 664/187 PC (Attempted Murder), 245(a)(1) PC (Assault with a Deadly Weapon) and 422 PC (Criminal Threats). He is being held in a no-bail status due to the charges. He is scheduled to appear in Manteca Court on 3/3/21 for arraignment”.