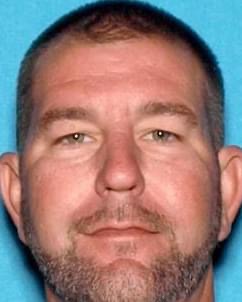 BREAKING: Shooting Suspect Kills Himself in Front of Police

On April 11, 2022, the Manteca Police Department secured a Ramey Warrant for the arrest of Cory Croslow for the attempted murder at Big League Dreams on April 10th. Despite several attempts to locate him, his whereabouts were unknown. MPD asked for the public’s assistance in locating Croslow via social media and various news outlets.

On April 12, 2022 at approximately 9:10 am, MPD Dispatch received a tip that Croslow was possibly in the area of E Hammer Ln & Maranatha Dr in Stockton. Several MPD Investigators responded to the area. The first Manteca PD Detective arrived on scene shortly after 9:30 am and began setting a perimeter.

A short time later, Croslow was located laying in an orchard in the area. Detectives attempted to convince Croslow to surrender. Croslow instead stood up, armed himself with a firearm and committed suicide in view of the Detectives. No police personnel discharged their weapons.

Despite today’s developments, MPD Detectives are still following up on the attempted murder at Big League Dreams. If you have any information concerning this investigation, you are asked to please contact Detective Morrison at (209) 456-8212”.