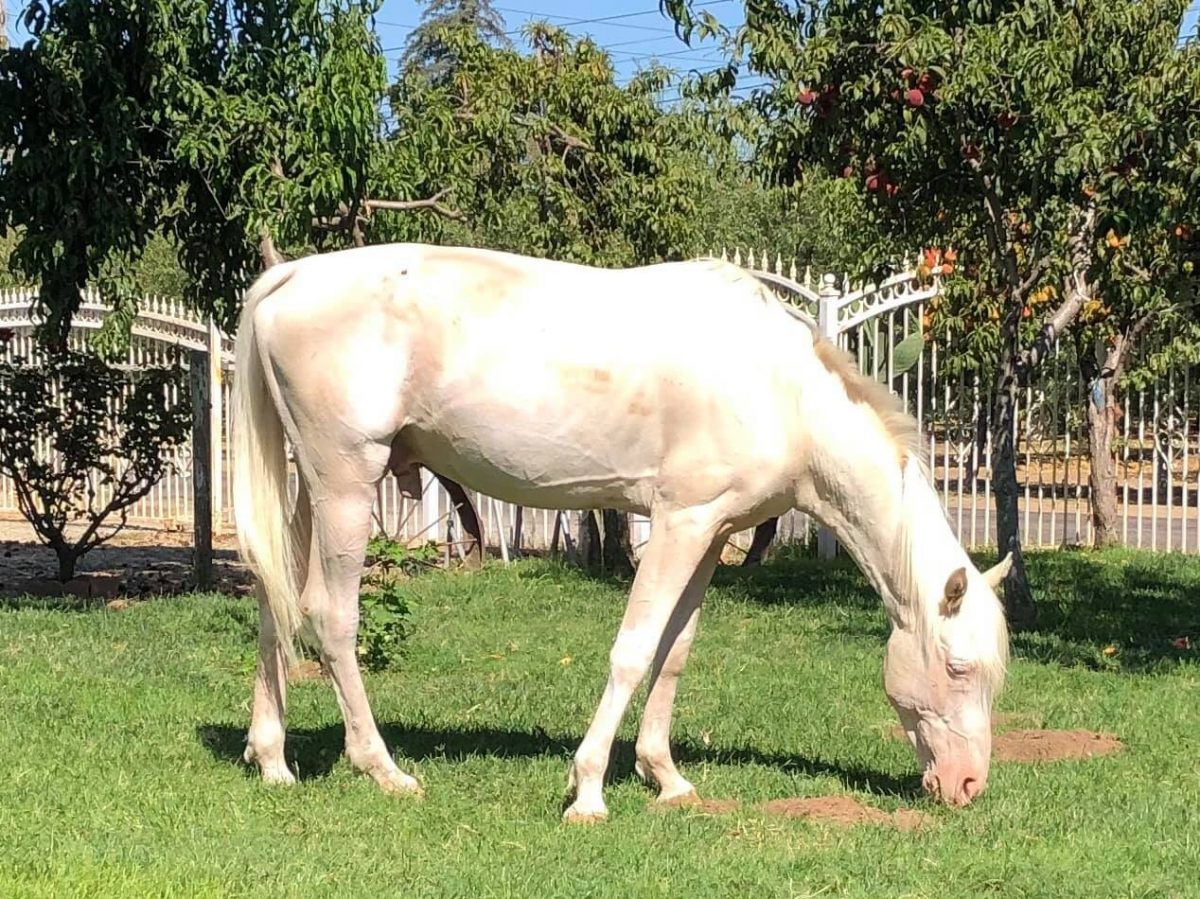 MODESTO- River, as he’s been named, is making a full recovery thanks to his rescuers of Hold Your Horses Evacuations. HYH is an organization that travels to fires evacuating horses, livestock and animals then raises funds to provide feed, medical treatment and supplies afterwards. They did almost $100,000 for the Paradise Fire and were behind the lines the whole time. They do rescues like River when they are extreme and rely on the public for funding and support.

They received a call about River 24 hours after he was found by a fellow rescuer, Bobbie Carne, asking if they could help him. And that they did. He’s on his way to a full recovery and the before and after photos show effect that the power of both love and and neglect can have on animals.

Chantel Tieman, one of the founders of HYH, says:

“Two weeks after River we had another call for another horse in the same condition in the gap but a little worse that we took over sadly he only made it a month.
River is a fighter. He was dragged out of a trailer when he was dumped he was on deaths door he couldn’t even stand up. He was hours away from passing. But, he showed he had a will to live. He is an amazing horse”.

He is between 6-7 years old, a stud but, they are having him gelded after his next few treatments. His wounds were deep but, are healing great. He has to see a chiropractor and he goes for acupuncture this week and then will have his hooves balanced, teeth done, and then be gelded. All in all Chantel estimates it will take a year or longer for River to make a full recovery.