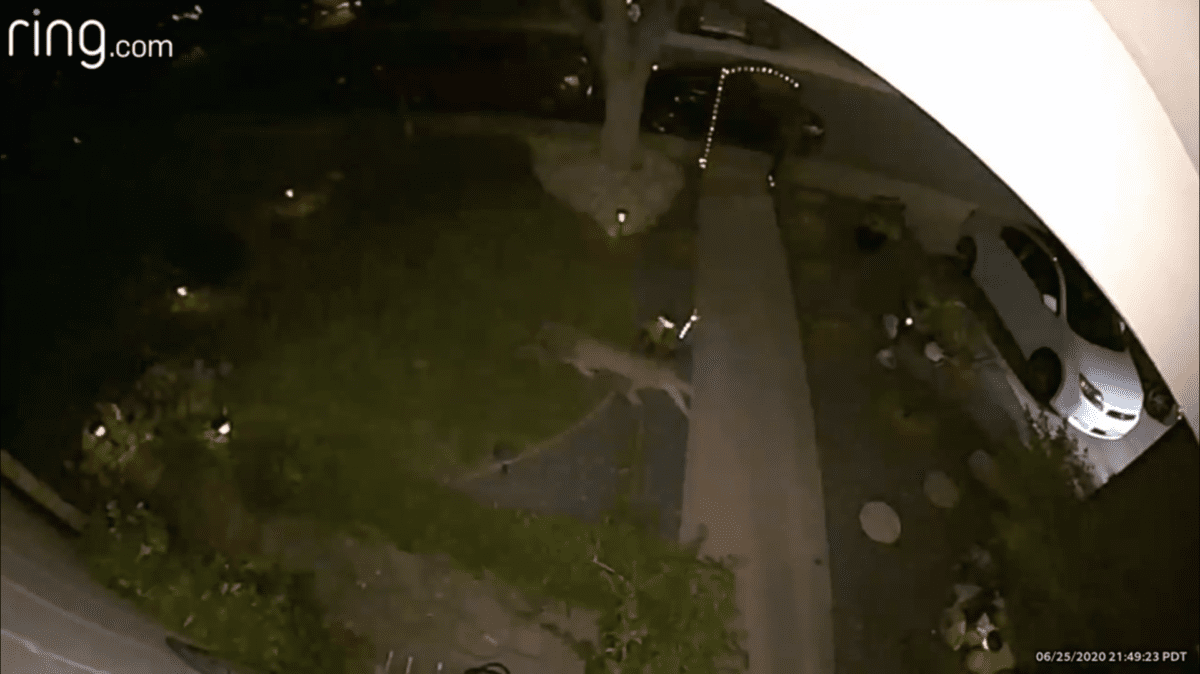 MODESTO- Several people have reported to us that a mountain lion was captured on their security cameras overnight.

Yesterday Modesto Police also announced the puma was sighted and issued a warning:

“Update: Reports of a Mountain Lion sighting in Modesto have been confirmed through a Ring doorbell video shared by a resident in Northeast Modesto. The video was captured in a neighborhood near Lakewood and East Orangeburg Avenue.

MPD’s Animal Control Unit has reached out to Fish and Game for assistance. We would like to encourage anyone who sees the mountain lion to contact dispatch at 209-552-2470.

Please do not approach the animal and keep in mind the following safety tips provided by California Department of Fish and Wildlife.

For more information go to: https://www.dfg.ca.gov/keepmewild/lion.html”.

A false alarm was called off after police searched Dry Creek for several hours the same day.

The puma was again captured on security camera on Verano.