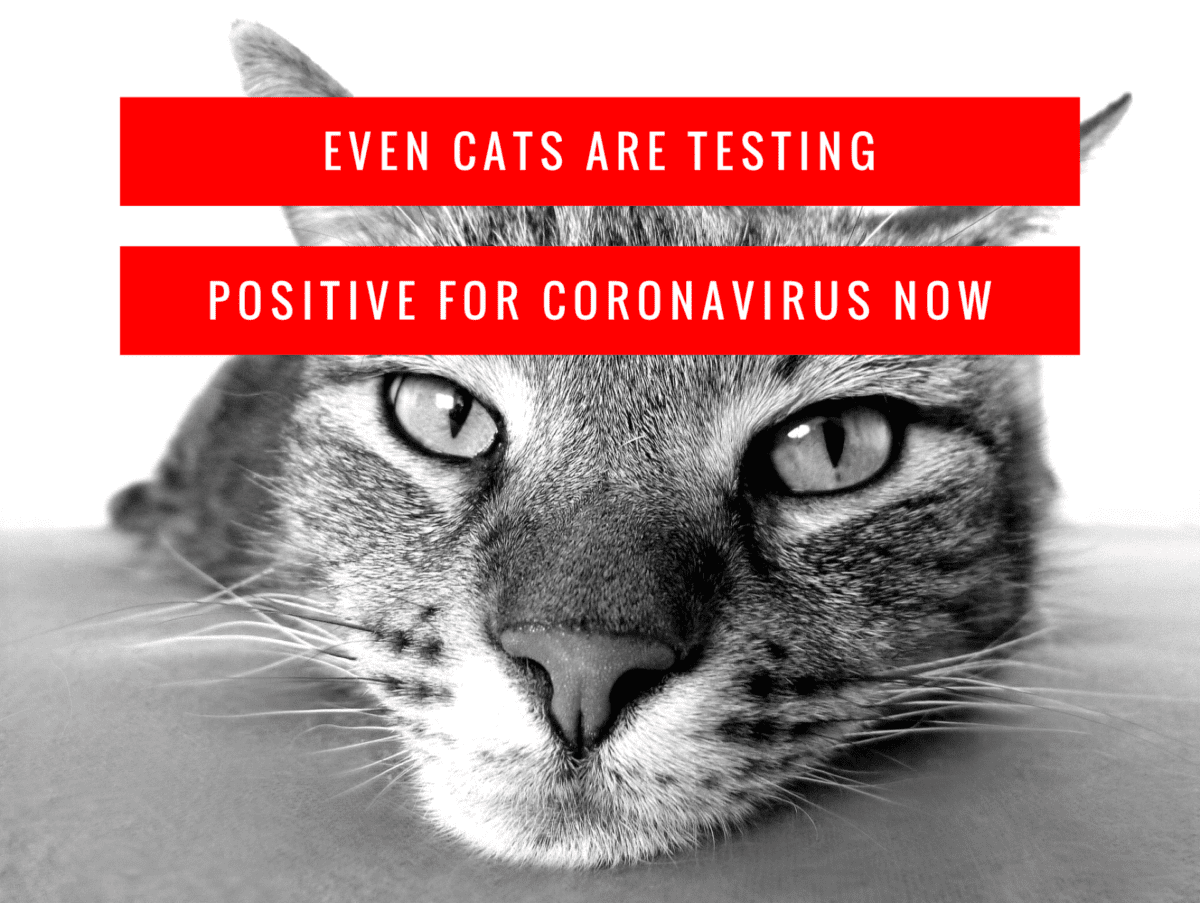 NEW YORK- The first two documented cases on pets testing positive for COVID-19 in the United States has been confirmed by the Center for Disease Control. Federal officials with the CDC issued the following statement today:

Washington, D.C. April 22, 2020 – The U.S. Centers for Disease Control and Prevention (CDC) and the United States Department of Agriculture’s (USDA) National Veterinary Services Laboratories (NVSL) today announced the first confirmed cases of SARS-CoV-2 (the virus that causes COVID-19) infection in two pet cats. These are the first pets in the United States to test positive for SARS-CoV-2.

The cats live in two separate areas of New York state. Both had mild respiratory illness and are expected to make a full recovery. SARS-CoV-2 infections have been reported in very few animals worldwide, mostly in those that had close contact with a person with COVID-19.

At this time, routine testing of animals is not recommended. Should other animals be confirmed positive for SARS-CoV-2 in the United States, USDA will post the findingsexternal icon. State animal health and public health officials will take the lead in making determinations about whether animals should be tested for SARS-CoV-2.

In the NY cases announced today, a veterinarian tested the first cat after it showed mild respiratory signs. No individuals in the household were confirmed to be ill with COVID-19. The virus may have been transmitted to this cat by mildly ill or asymptomatic household members or through contact with an infected person outside its home.

Samples from the second cat were taken after it showed signs of respiratory illness. The owner of the cat tested positive for COVID-19 prior to the cat showing signs. Another cat in the household has shown no signs of illness.

Both cats tested presumptive positive for SARS-CoV-2 at a private veterinary laboratory, which then reported the results to state and federal officials. The confirmatory testing was conducted at NVSL and included collection of additional samples. NVSL serves as an international reference laboratory and provides expertise and guidance on diagnostic techniques, as well as confirmatory testing for foreign and emerging animal diseases. Such testing is required for certain animal diseases in the U.S. in order to comply with national and international reporting procedures. The World Organisation for Animal Health (OIE) considers SARS-CoV-2 an emerging disease, and therefore USDA must report confirmed U.S. animal infections to the OIE.

Public health officials are still learning about SARS-CoV-2, but there is no evidence that pets play a role in spreading the virus in the United States. Therefore, there is no justification in taking measures against companion animals that may compromise their welfare. Further studies are needed to understand if and how different animals, including pets, could be affected.

Until we know more, CDC recommends the following:

If you are sick with COVID-19 (either suspected or confirmed by a test), restrict contact with your pets and other animals, just like you would around other people.

While additional animals may test positive as infections continue in people, it is important to note that performing this animal testing does not reduce the availability of tests for humans. The U.S. government remains committed to increasing nationwide COVID-19 testing for Americans. In fact, the United States has conducted more than four million COVID-19 tests for humans, which is more tests than the following nations combined: France, the UK, South Korea, Japan, Singapore, India, Austria, Australia, Sweden, and Canada.

For more information on animals and COVID-19, see: https://www.cdc.gov/coronavirus/2019-ncov/daily-life-coping/animals.html

For more information about testing in animals, see: https://www.aphis.usda.gov/animal_health/one_health/downloads/faq-public-on-companion-animal-testing.pdfexternal icon