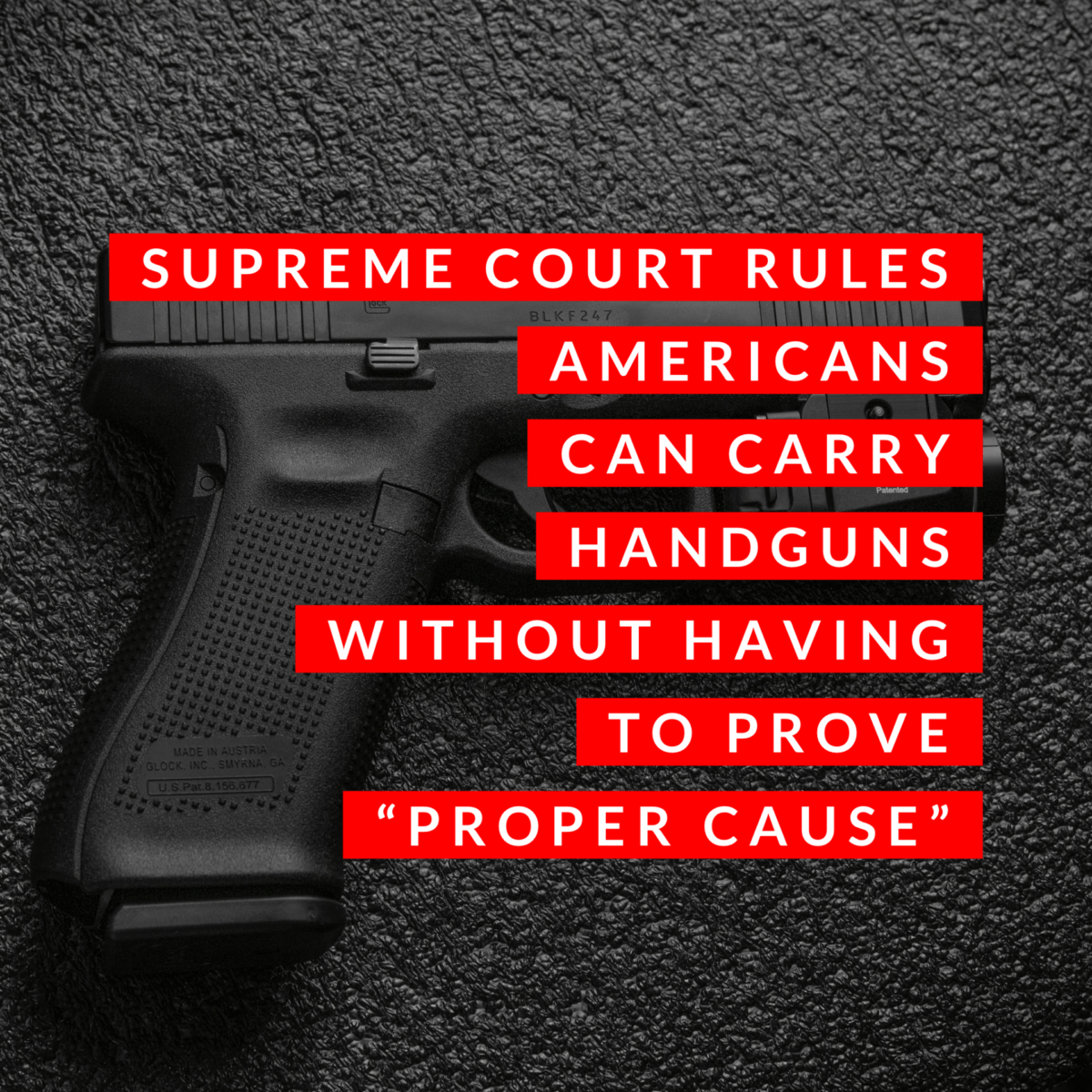 “proper cause”. The case overturned a New York law setting a high bar and requiring legal gun owners to prove they had a special need. California is one such state that also has such a requirement.

Justice Thomas’s wrote: “Apart from a few late-19th-century outlier jurisdictions, American governments simply have not broadly prohibited the public carry of commonly used firearms for personal defense. Nor have they generally required law-abiding, responsible citizens to ‘demonstrate a special need for self-protection distinguishable from that of the general community’ to carry arms in public.”

Such a law violated the Constitution and 14th and 2nd Amendments according the majority decision. The full decision can be read here.