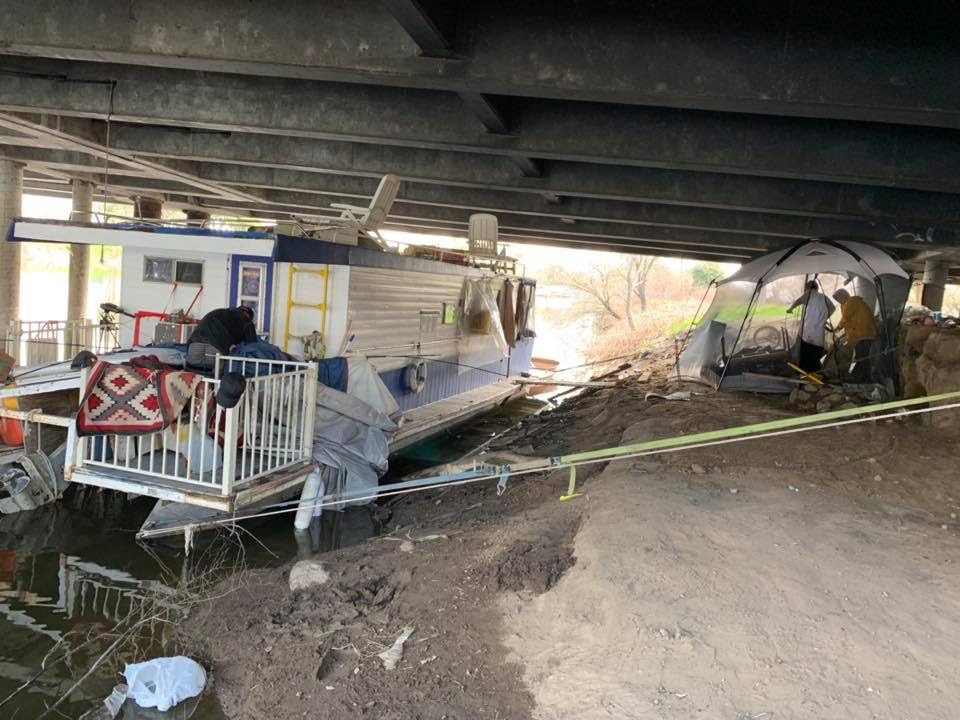 STOCKTON- Today as Caltrans and the CHP were clearing out homeless encampments from underneath Stockton’s freeways, workers found something you don’t see everyday – a full house boat. Perhaps the homeless situation in Stockton, which has gotten worse under the leadership of Mayor Michael Tubbs and County Supervisor Kathy Miller, both who have championed the Homeless Task Force, is even worse than previously thought.

The danger is the risk such encampments pose to the structural integrity of the freeways like I-5 where they exist as noted by a statement from the CHP on their Stockton Facebook page:

“While assisting Caltrans with cleaning up multiple illegal encampments today, Stockton CHP located this under I-5 near Shimizu Dr. Seriously? Not only is this illegal but freeway infrastructure isn’t designed to dock house boats…#cmonman”

Despite bragging about receiving some $38,000,000 for the Homeless Task Force during their tenure, and staged photo ops of “homeless counts”, neither Tubbs nor Miller’s Partnership seems to have shown viable results.