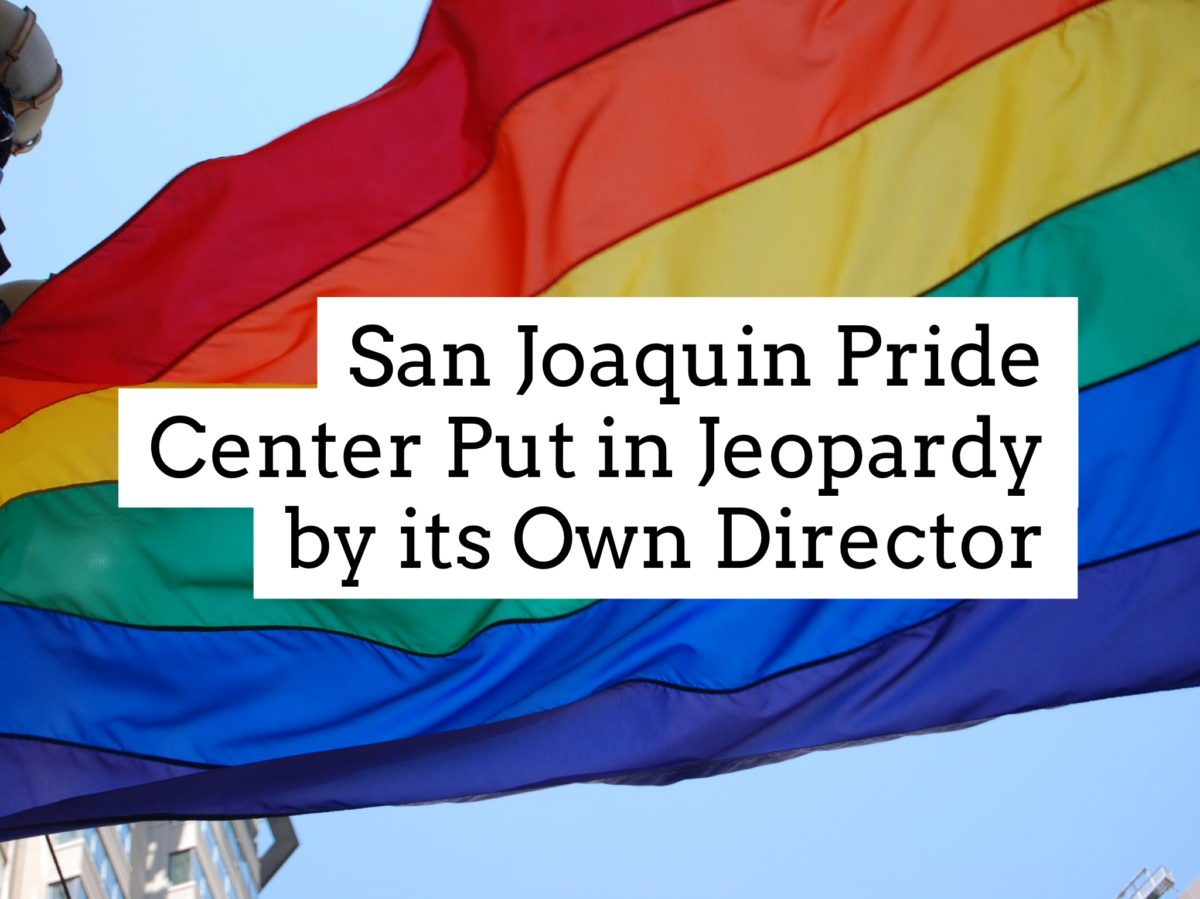 STOCKTON- Last month we broke the story about the revolt by staff against its executive director inside the San Joaquin Pride Center. Amongst many charges the staff made against Nicholas Hatten including homophobia, sexual harassment of college student volunteers, disrespect towards LGBT staff, stolen wages, bouncing pay checks, insufficient funds in the organization’s account, and unannounced disappearances by Hatten for weeks at a time, one of the charges included using the staff and center for political purposes agaisint community leaders. That claim has long been a criticism of Hatten’s role with the SJPC by community members and now an official complaint has been filed with the IRS along with supporting evidence that even staff members admit to.

At stake is the future of the SJPC, which is meant to serve an important role in the community and be a resource for LGBT members of the community. Instead it has been used repeatedly as a vehicle for political activities including attacks ironically alleging “homophobia” towards any critics of politicians Hatten is affiliated with. As the former chair of the local Democratic Party, Hatten has also maintained an alliance with the party, which can be seen in the evidence provided by the person who filed the complaint, colluding with its representatives to further political goals. The person who filed the complaint wishes to keep their identity private for fear of retaliation by the Cabal of politicians who support Hatten including Assemblymember Susan Eggman who is also on its board of directors.

It is illegal for a 501c3 nonprofit organization to engage in supporting or opposing any political candidates. The stipulation is clear:

“Under the Internal Revenue Code, all section 501(c)(3) organizations are absolutely prohibited from directly or indirectly participating in, or intervening in, any political campaign on behalf of (or in opposition to) any candidate for elective public office. Contributions to political campaign funds or public statements of position (verbal or written) made on behalf of the organization in favor of or in opposition to any candidate for public office clearly violate the prohibition against political campaign activity.  Violating this prohibition may result in denial or revocation of tax-exempt status and the imposition of certain excise taxes” .

Below is part of the documentation submitted to the IRS obtained exclusively by 209 Times:

It’s been reported that Hatten has been placed on administrative leave by the board of directors. They will have to now answer the IRS for his activities. Saving the needed Pride Center may depend on whether or not Hatten stays. If the IRS revokes their tax exempt status it would essentially put it out of business.