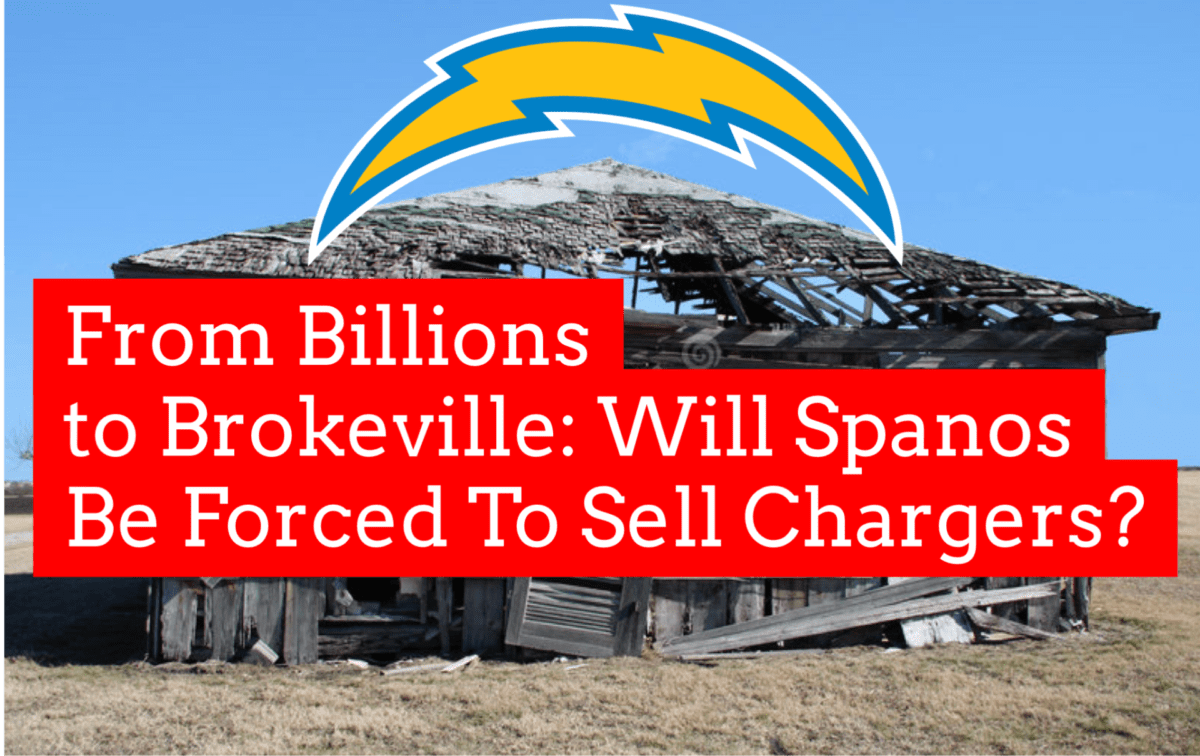 CALIFORNIA- A petition has been filed in court by a member of the Spanos family asking for the forced sale of the Los Angeles Chargers, an NFL franchise. The main reason being given is financial difficulties. Will Spanos family legal battles over the Chargers also impact Stockton charities? Of participe note, disgraced former mayor Michael Tubbs’ Reinvent Stockton Foundation aka Stockton Scholars.

Is Stockton Scholars at risk of losing any of its financing from supposed billionaire developer Spanos?  Is Natalia Orfanos, Director of Communications and Special Projects for AG Spanos companies still expected to remain on the Reinvent Stockton Board now that Spanos’ charitable commitments are in question and Tubbs can no longer provide Spanos with favorable zoning treatment as he allegedly did previously?

How much of the “$20 million anonymous donation” has Reinvent Stockton failed to receive so far, and how much does the “perfect storm” of Michael Tubbs’ mayoral bid loss and now Spanos’ internal family legal battles impact the future of this organization?

Does the Reinvent Stockton Foundation still maintain an MOU with SUSD and is Reinvent still receiving alleged confidential student information from SUSD?

These are the questions 209 Times is asking Reinvent Stockton and AG Spanos in light of the following explosive excerpt from today’s Los Angeles Times top article:

The article begins as follows:

“In an attempt to force the sale of the Chargers, a sister of controlling owner Dean Spanos filed a petition in Los Angeles County Superior Court on Thursday. In it, she argues that mounting debt has imperiled the family’s finances and the only solution is to put the NFL franchise on the market.

The petition by Dea Spanos Berberian, who serves as co-trustee of the family trust along with her brother, alleges the trust’s debts and expenses exceed $353 million. In addition, according to the filing, the trust doesn’t have a plan to pay more than $22 million it has pledged to charities.

‘Every day that passes increases the risks that the charitable beneficiaries and the Spanos family legacy will suffer irreparable financial and reputational damage,’ the petition said.”

209 Times has just reached out to Reinvent Stockton Foundation and Natalia Orfanos and is awaiting their responses.