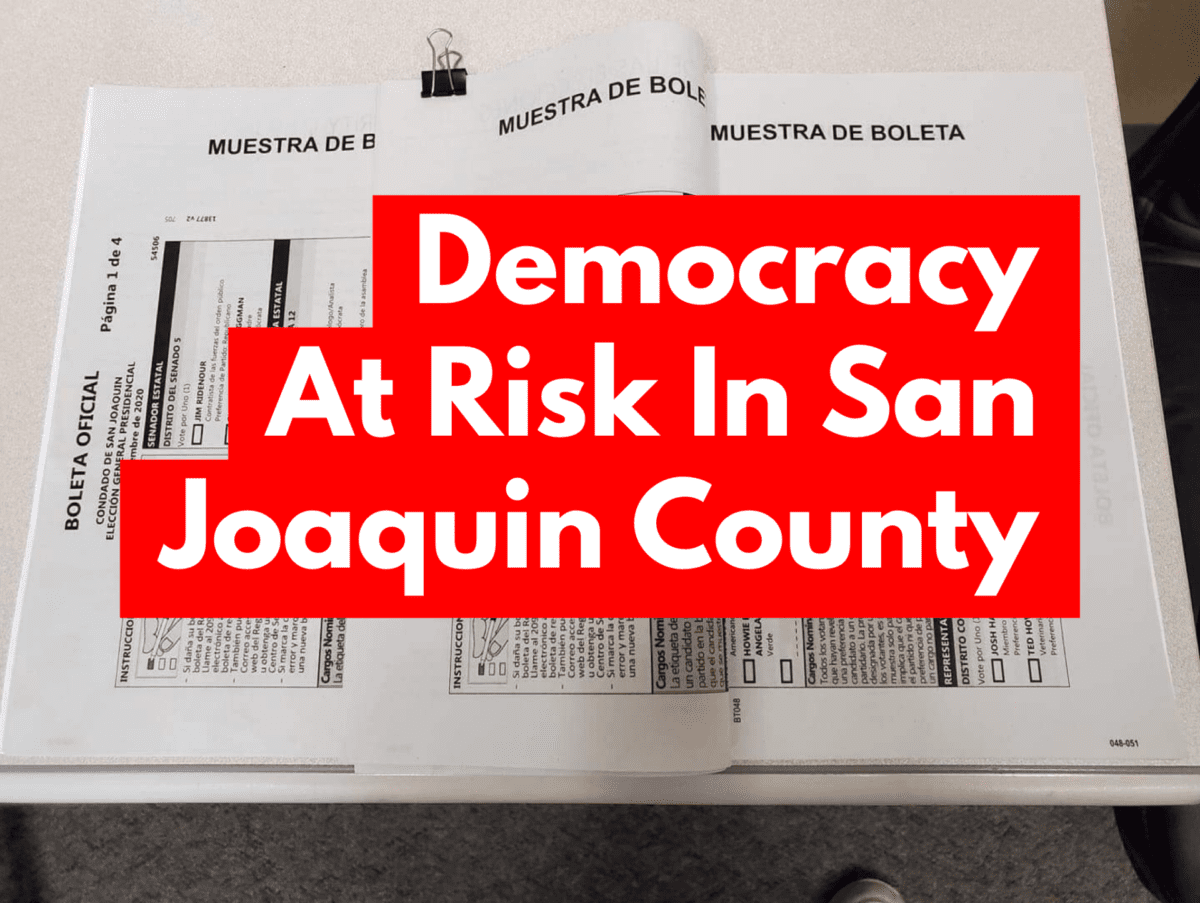 We applaud Supervisor Tom Patti for yesterday publicly calling for an emergency board meeting due to “sustained questionable circumstances” surrounding the Registrar.

“Someone is not able to, or does not care to, pay attention to details. The Sample Ballot and Voter Information Pamphlet has finally been sent out to some people. (Several weeks late) Do you notice anything wrong with this one? The English half and the Spanish half are both in SPANISH. My trust in our electoral system just took another hit.”

An unprecedented number of political candidates have already either publicly voiced complaints or pointed out issues over the Registrar’s handling of the past and/or current election:

Several of the candidates are rightfully demanding the money they gave the county for their candidate statements returned since voters are complaining they did not receive them in a timely manner, if received at all. One candidate told us off the record “Our race was already expected to be close. Not sure if we can overcome the Registrar tipping the scales, whether she did it purposefully or not.”

In yet another Registrar mistake, the entire Delta College Race Area 2 was completely missing from several thousand ballots. This has been widely reported in the media, creating additional confusion and concern amongst voters already wondering why they have not received their sample ballots yet.

San Joaquin blue ballot boxes have been seen being unloaded by only one person (no double custody) from a silver van with a Rhode Island license plate. Maryland and Washington plates have also been observed having access to the county’s secured parking area. County employees are asking why and how did out of state election employees get recruited to work for the Registrar, especially since our local unemployment rate is so high.

On May 15, 2020 Registrar Melinda Dubroff herself wrote:

The Registrar’s own admission regarding these “found” ballots is now part of a Federal lawsuit against the county. Based on the Registrar’s ongoing performance during this current election, additional litigation appears likely.

Board of Supervisor Chair Kathy Miller is the only one of the three former or current State Assembly candidates remaining silent on this issue. That’s unacceptable. Miller owes it to the public to immediately support Supervisor Tom Patti’s call for an emergency board meeting. What does county counsel plan to do to ensure this election isn’t further compromised by appointed Registrar Melinda Dubroff? A grand jury investigation won’t conclude in time. Dubroff needs to be placed on immediate administrative leave and an interim Registrar must be put in her place. If Miller is unwilling to understand that, then she too needs to be removed from having influence on this election.