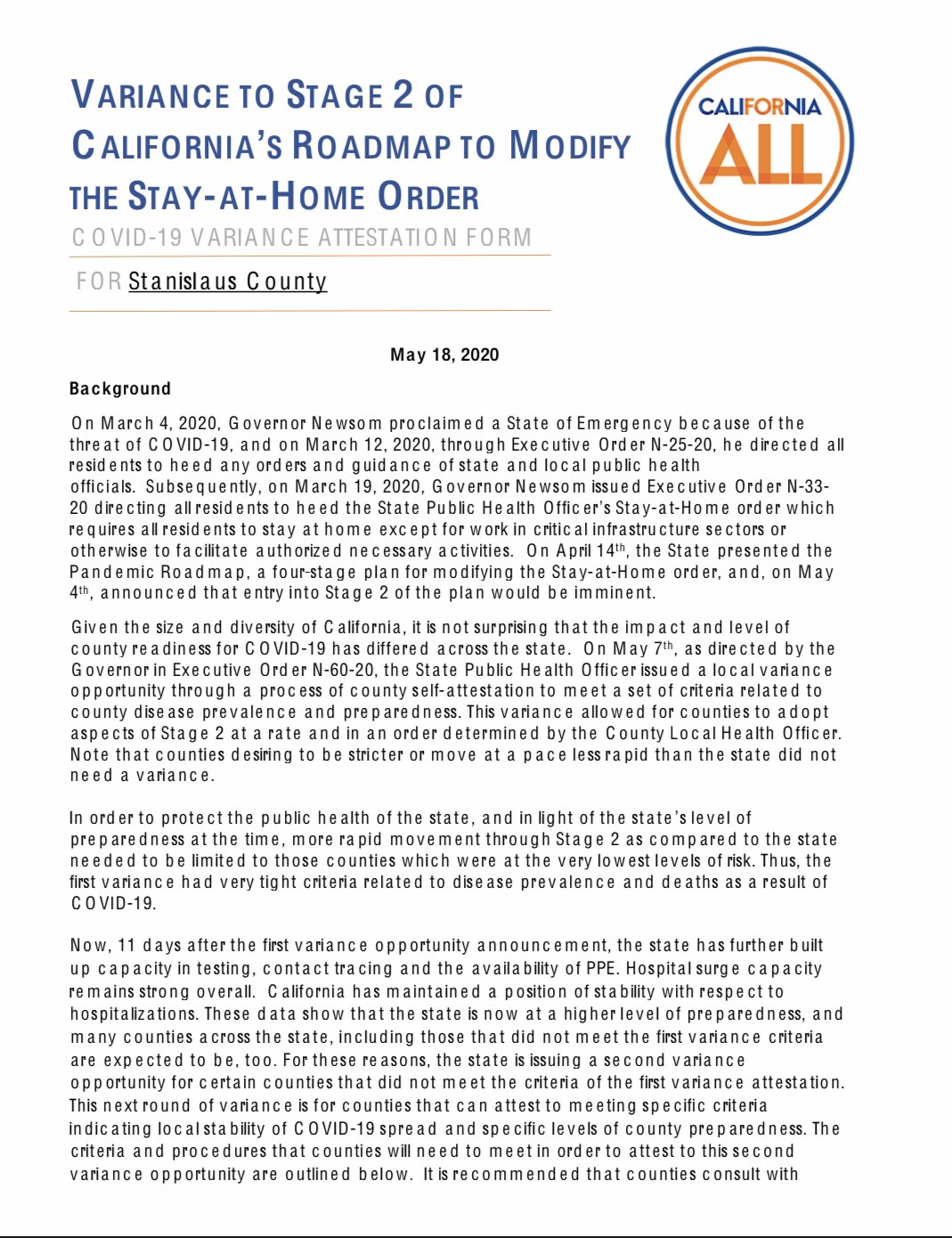 CALIFORNIA- Stanislaus County is one of the several counties that were “approved” yesterday to move to Phase 2 of Governor Newsom’s plan to re-open California. This announcement comes after many counties, including Stanislaus, publicly declared they would be allowing businesses to re-open anyway and that they would not use resources to enforce Newsom’s Shelter In Place orders to fight against the spread of COVID-19; essentially looking the other way for businesses that violated the orders.

Stanislaus County was one of several counties that applied for “Variance to Move to Phase 2”.

Phase 2 allows for the following:

The following activities are still NOT ALLOWED under Phase 2:

Meanwhile despite Stockton’s mayor is feigning to have authority in the situation, which he does not as a ceremonial mayor, but the truth San Joaquin County has not even bothered to apply and is not listed among the counties approved for the “Variance”. Calaveras County has also been approved.