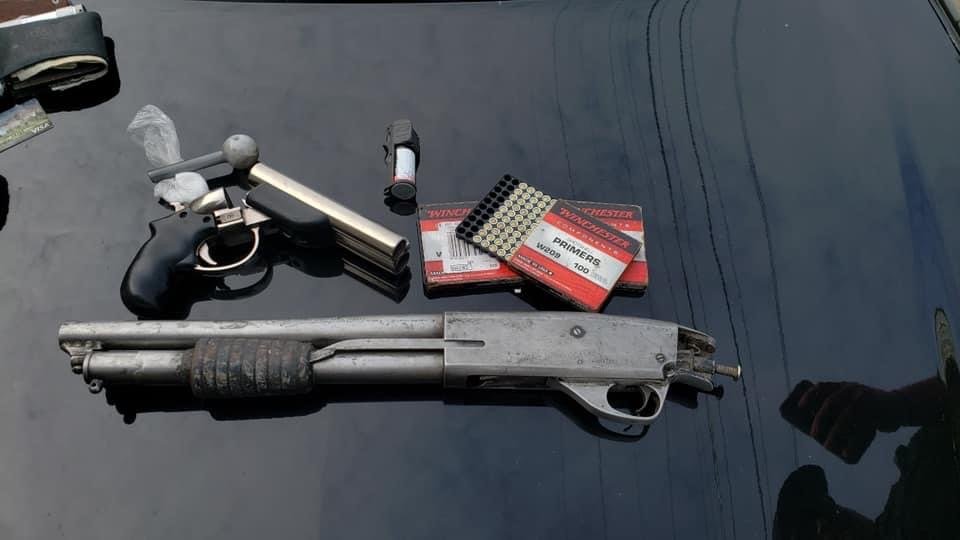 RIVERBANK- A person has been arrested after several shootings of passing vehicles south of Escalón.

“Over the last several months, multiple shootings have been reported in the River Road area, south of Escalon.

An unknown person was randomly firing a shotgun at passing motorists, causing damage to their cars. The victims involved did not see the shooter or the vehicle driven to be able to provide a description to the investigating Deputies.

However, in the early morning hours of 02/09/2021, three separate vehicles were shot at in the same way mentioned above but two of the victims identified the suspect vehicle as a white sedan.

Our awesome Crime Analysts did some research of recent contacts with similar vehicles in the area and were able to identify a vehicle. The associated person with said vehicle had an extensive criminal history and multiple previous contacts with our office.

With the assistance of the Stanislaus County Sheriff’s Office (Riverbank PD specifically), the vehicle and associated subject were found in Riverbank.

The suspect, Javier Rivera, 39, was found in possession of a pistol-sized, 12-gauge, double-barrel shotgun and a sawed-off pump-action shotgun.

He admitted to the shootings on 02/09/2021 and was taken into custody. He is facing several felony charges, including attempted murder, being a felon in possession of a firearm, having methamphetamine, and shooting at occupied vehicles, amongst others.

Rivera randomly chose all the victims involved and the investigation is still ongoing. He is known to be transitory and within the last week is believed to have been in San Joaquin, Stanislaus, Merced, and Fresno Counties.

If you have been the victim of this type of crime or have any information regarding this investigation, please contact our office at 209-468-4400, choose option 1 and ask to leave a message for Sergeant Theodore”.