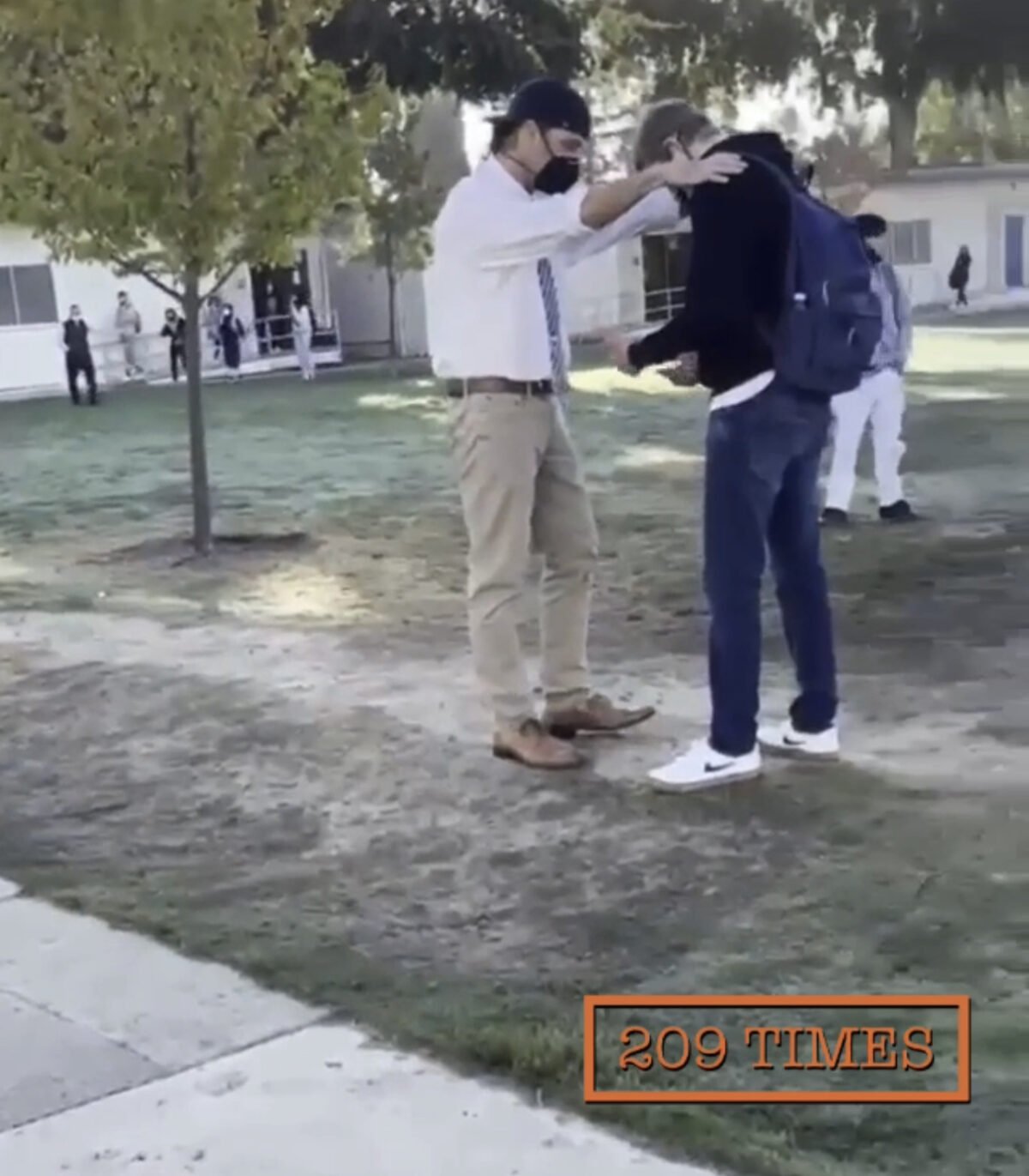 TURLOCK- Turlock High School is on lockdown after a student stabbed another student on campus just before 9 a.m. this morning.

The Modesto Bee incorrectly reported that the student was detained by the School Resource Officer, but the video shows there was none around for the duration of the attack. Instead the video shows an unarmed teacher place himself in danger and places his hands on the attacker’s shoulders and appears to pray with him. The assailing student also sustained minor injuries during the fight.

It is unknown why the altercation occurred on the field, but the full video shows two students battling when the onlookers scream in horror that one of them is stabbing the other with a weapon. The student being stabbed attempts to get a way but the assailant holds on to his shirt and stabs him in the back and cuts his face multiple times as he continues to pursue him amidst dozens of other students watching and recording with their phones. The video here shows the moment that the student being attacked runs away and the assailant is confronted by the unarmed teacher.

We will be posting more details as we receive them.