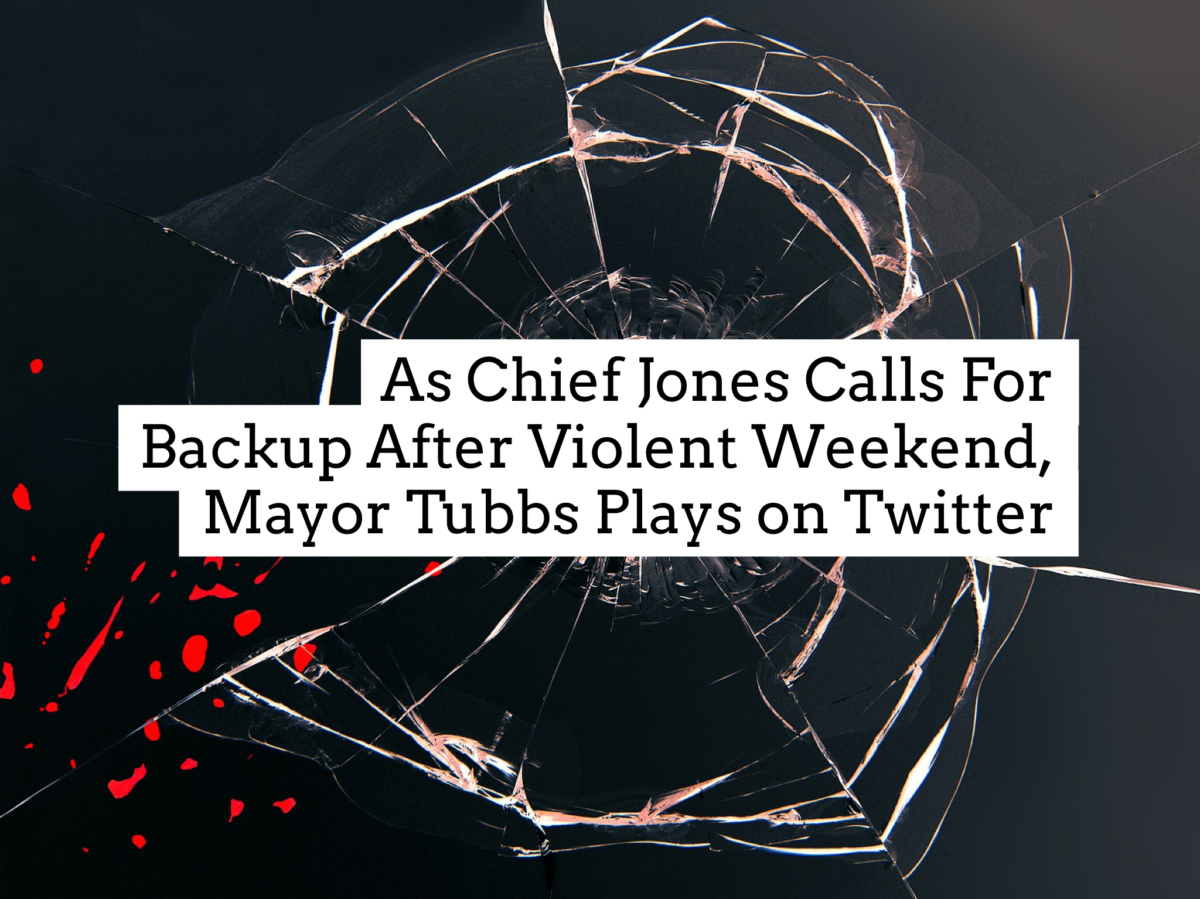 STOCKTON- Less than three months ago Stockton police Chief Eric Jones was celebrating how much crime was down (despite the fact that violent crime increased 1% from the previous violent year). Now after a violent month and deadly weekend, Jones told the press today he’ll be asking for help from outside resources like the CHP and federal agencies. While trying to make it sound routine, it comes on the heels of more than 3,500 calls for service, three homicides in three days, and 23 people shot this month with at least 33 people shot at.

Meanwhile the mayor who campaigned on being the only candidate for mayor in 2016 with a “comprehensive” plan to address crime has been expectedly silent. The only public statements we’ve able to find are tweets about Washington DC poltics and a shooting with three victims in Southern California.

Also he like a tweet about able of his supporters debating a Stockton community advocate in defense of his using tax payer dollars to reimburse a $285 bill on he Quuen Mary in Long Beach that includes $50 steaks for friends and alcoholic drinks.

The mayor was gone all last week from the city and state at a speaking in engagement in Canada and New York. There’s also been no word from the Office of Violence Prevention funded by the Measure A sales tax increase, which has only seen violence increase since its formation.