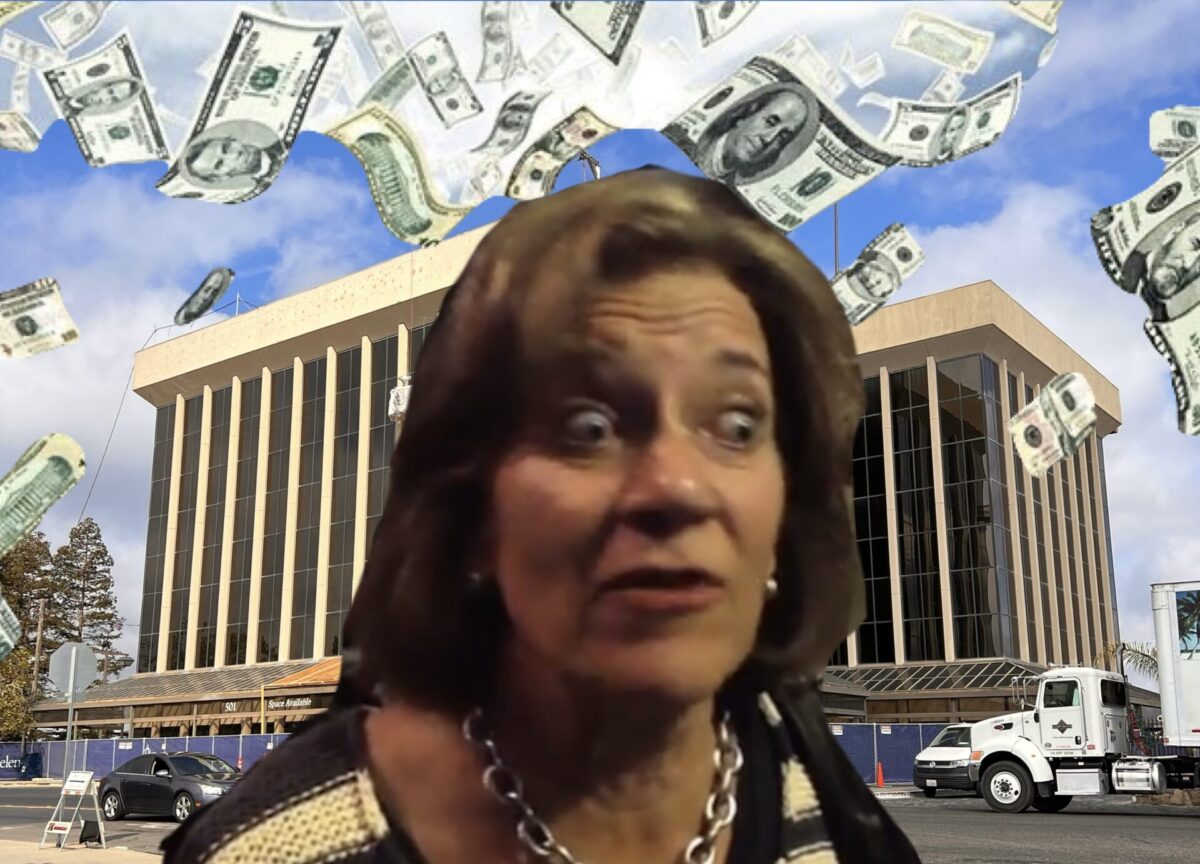 As Homicide Rates Go Up Again Is Tax Money For More Cops Being Used To Buy Butterfield’s Building Instead?

After 8 years of Stockton residents paying around $29 million per year in additional taxes, for an estimated total of $232,000,000, there are still NO 120 ADDITIONAL POLICE OFFICERS, but there is now a new (old) city hall building. The building was bought by the City Council from Jane Butterfield for millions of dollars after it was on the market for nearly two years. The approved cost of $24 million has now ballooned into $75 million and still won’t fit the needs of the City once it’s moved in to. The purchase of Butterfield’s building was supported by disgraced former mayor Michael Tubbs after Butterfield hosted a fundraiser for him and funded his “reinvent south Stockton” scheme via Fritz Grupe’s San Joaquin Partnership.

In 2013, Michael Tubbs, Elbert Holman and especially “Stocktonian of the Year” Jane Butterfield implored voters to support a new tax for Stockton residents called Measure A. Here is snippet of a letter that the three amigos cowrote to voters at the time:

“Transparency and accountability are crucial elements of Measure A, including separate accounting and independent audits. A Citizens; Oversight Committee will review all budgets and expenses to ensure money is used appropriately and make certain progress is being made toward hiring 120 police officers, violence reduction, prevention, and neighborhood improvement programs.”

Dean Andal, Dale Fritchen and Ted Bestolarides warned voters at the time to reject Measure A with chillingly crystal ball like accuracy:

“Without legally-binding taxpayer protections, the rest of this tax windfall will likely be spent on non-essential pay raises and restaurant or marina subsidies. All are permissible under Measure A. The City Council even gets to appoint their own oversight committee. It refused a restricted tax where the money was strictly dedicated to hiring more police officers because they know this is not its real purpose…They can’t be trusted.”

“They can’t be trusted” was an understatement.

Instead of Measure A resulting in 120 more police officers as Tubbs, Holman and their political donor Jane Butterfield promised, the city is now 100 officers UNDER the budgeted required minimum to keep our citizens and officers from being needlessly slaughtered in the streets in one of the most dangerous cities in the nation.

Meanwhile the City miraculously found the money to purchase Butterfield’s weirdo waterfront “city hall” building that nearly everyone now openly acknowledges is a boondoggle of epic proportions. Some estimate it will take $75 to $100 million to retrofit the building that was never intended to be a city hall building by any stretch of the imagination.

Michael Tubbs’ handpicked City Manager, Harry Black, whom recently was awarded a highly controversial raise, so far refuses to independently audit Measure A. Harry Black is not the first Stockton bureaucrat to circle the wagons. Here is what former city manager Kurt Wilson wrote in 2015. Wilson deserved a gold medal for his rhetorical gymnastics:

“Measure A is not a separate fund, it is a part of the General Fund, and is audited as part of the Comprehensive Annual Financial Report (CAFR). The entire General Fund is audited as part of the CAFR. There is not a separate display or specific audit component because the General Fund collected under Measure A is not designated to a specific purpose or fund (even though it is as a practical matter). To manage or audit Measure A differently by treating it as a special tax could call into question the legal basis for its approval.”

“We continue to request that the Revenue and Expenditures of Measure A funds be audited annually by an independent auditor.” That recommendation has been repeatedly ignored.

How can the city legitimately keep justifying this position of not conducting a separate audit of Measure A as required by the ordinance itself?

According to local Certified Public Accountant Ned Leiba, they can’t.

“This is not a reasonable position.
Do we know of any example of where a California sales tax was invalidated by having an audit, especially an audit required under the enabling ordinance? Where is the supporting legal opinion? Why oppose an audit?
Because it would show the financial statements are materially misstated.

The City attorney admitted that millions of dollars of listed Measure A expenditures were not in fact spent. Those amounts could not be shown as expenditures on audited financial statements.”

Ernesto Gonzalez, the current Chair of the Measure A Citizens’ Advisory Committee agrees:

“The committee’s stance on wanting an actual independent audit separate from the audit of the general fund has been clear for years.

Measure A funding was supposed to pay for an increase of 120 officers and that’s how it was pitched to the people of Stockton. After about 8 years of Measure A being in effect, our police numbers are close to where they were when this all started back in 2014.

It doesn’t seem to add up. It’s either a complete mismanagement of funds by the city manager’s office or Measure A was always intended to be slush fund to pay for whatever the city deems necessary. While it would be a betrayal of public trust, I’d say it is highly possible that some of the Measure A funds are going towards the new city hall building project and if this is true I don’t believe the city would want to explicitly share this with the public.

If this city really wanted to address public safety concerns, it would properly tackle the issue of police retention. The city has known for a while that they should pay their officers more to remain competitive with other local departments and they have not done so. This failure has resulted in substantial departures of our officers to these other departments. It would a better use of Measure A funds to increase officer compensation to both keep our current officers and to attract officers we have lost to come back. If we can’t keep the officers we have and also can’t attract other officers to work here, what’s the point of having Measure A and where does the money go?”

209 Times can’t figure out where the money is going either, although we sure have our suspicions. What we do know is Butterfield’s emphatic promises of “120 officers” and “separate accounting and independent audits” have been clearly broken.