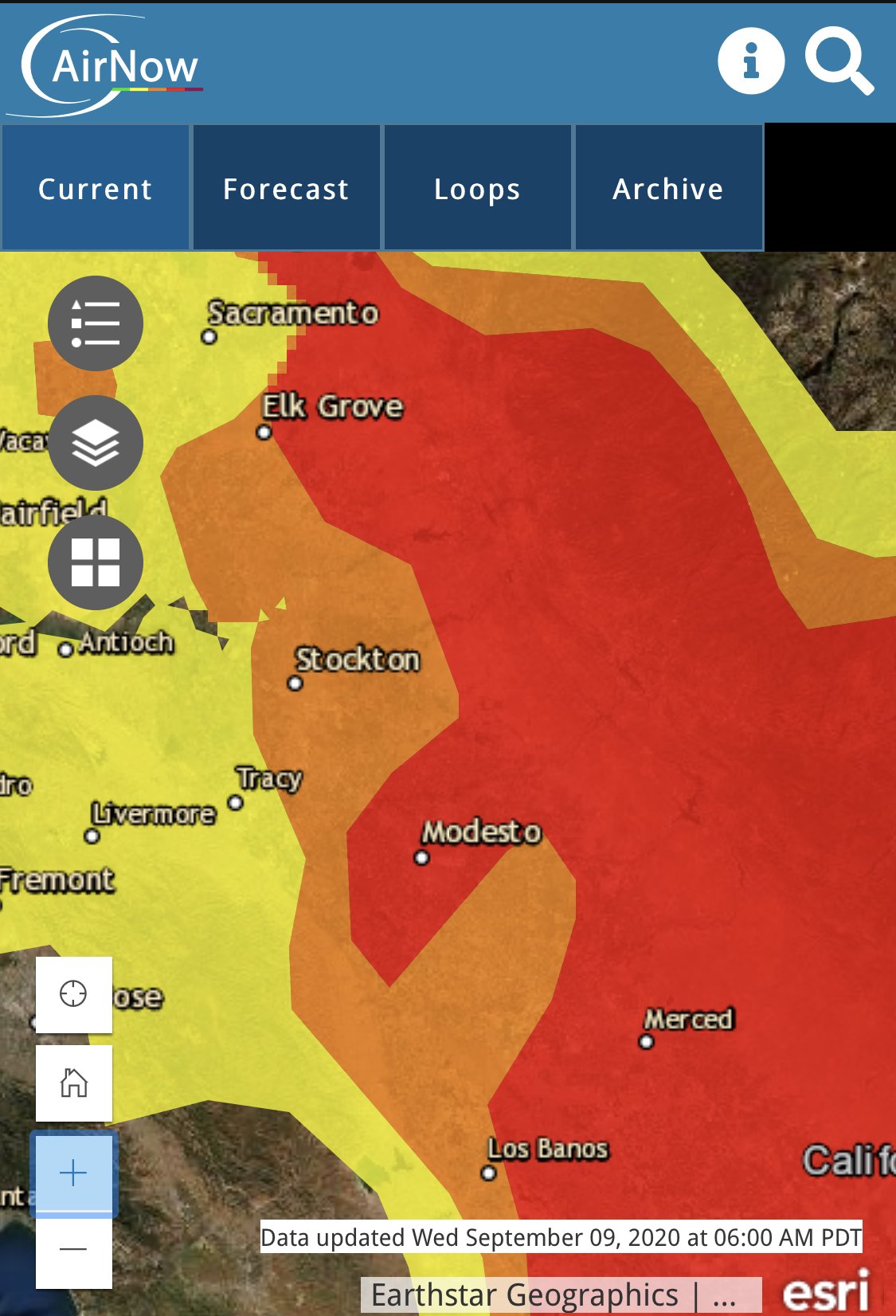 CALIFORNIA- The air quality in the Central Valley is among the worst in the nation, continent, and hemisphere rightnow due to the thousands of fires burning throughout California.

Maps from the Cal Fire Website show the fires surrounding the Central Valley.

The result is the smoke lingering in The Valley contributing to the unhealthy air quality.

People throughout the 209 woke up to ask on their cars and properties this morning.

This was most likely the result of another large fire that broke out last night around 10:18pm after a vehicle caught fire near the exit to Patterson.

The fires have been historia this summer, with the largest and third largest recorded in the state’s history. The stats as of today from Cal Fire: