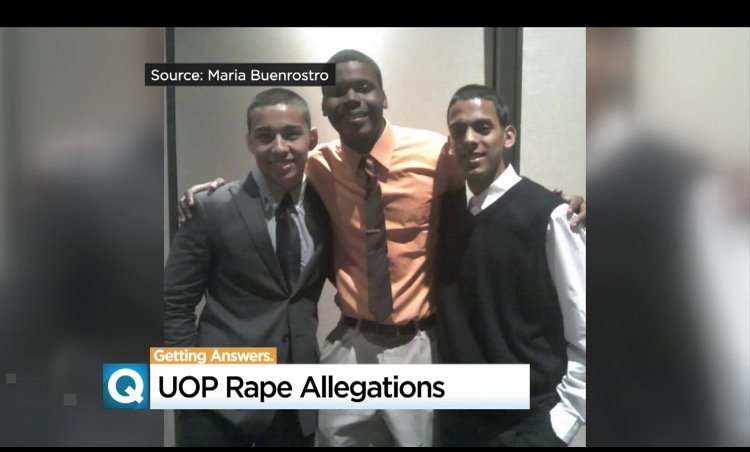 STOCKTON- Mayor Michael Tubbs classified his relationship with Rudy Buenrostro-Corral as “nebulous” when confronted with questions about his friend’s high profile raping of a drugged victim arrest which occurred in 2015 at the University of Pacific. Buenrostro was a student in the Community Involvement Program, and his long time close friend Michael Tubbs was the program’s coordinator.

Just last week when confronted by parents, SUSD School Trustee AngelAnn Flores publicly denied on Facebook taking Buenrostro-Corral to several SUSD elementary campuses to interact with and mentor students on issues such as “gun violence”, despite photographic and eye witnesses clearly conflicting with her claim.

The heated Facebook exchange between an SUSD trustee and a parent occurred shortly after Mr Buenrostro-Corral’s image was recently being used in a graphic to promote the defunding of SUSD Police by paid “activists” connected to the mayor, a move supported by SUSD trustee AngelAnn Flores and Mayor Tubbs’ Reinvent Stockton Foundation’s executive director and SUSD trustee, Lange Luntao.

Parents have since been asking SUSD and 209 Times how a man arrested for allegedly raping and drugging a student could be allowed on SUSD elementary school campuses. We reached out to the DA’s office, whose public information officer Angela Hayes provided the following answer:

“District Attorney Verber Salazar can categorically state that Mayor Tubbs has never asked her to look into any case. As far as the particular case which you referenced, that person pleaded guilty to a felony assault, not a sexual assault, therefore there was no requirement to register as a sex offender.”

Our law enforcement sources tell us that normally a case of this magnitude, if plead down to anything, would be plead to 243.4 PC (sexual battery) which would typically require the defendant to register as a sexual offender.

I asked the DA’s Public Information Officer If the “assault” was committed during the course of events that constituted an arrest for rape, how was it not a sexual assault?

“An arrest and conviction are two separate categories”

Regardless of the DA’s reasoning, the facts, at least according to their office, is Mr Buenrostro-Corral did plead to a felony, although one that oddly did not require him to register as a sexual offender.

This begs the question did SUSD appropriately follow their own policy of conducting a Livescan on especially non-parental volunteers who interact with children on multiple SUSD campuses?

If so, should and would a “felony assault” as the DA’s public Information officer classified it, prevent someone from interacting with students? Now SUSD Trustee Angelann Flores, SUSD, and DA Verber Salazar face more questions about how the felon friend of Mayor Tubbs was ever allowed to visit elementary schools.

209 Times is continuing to investigate….