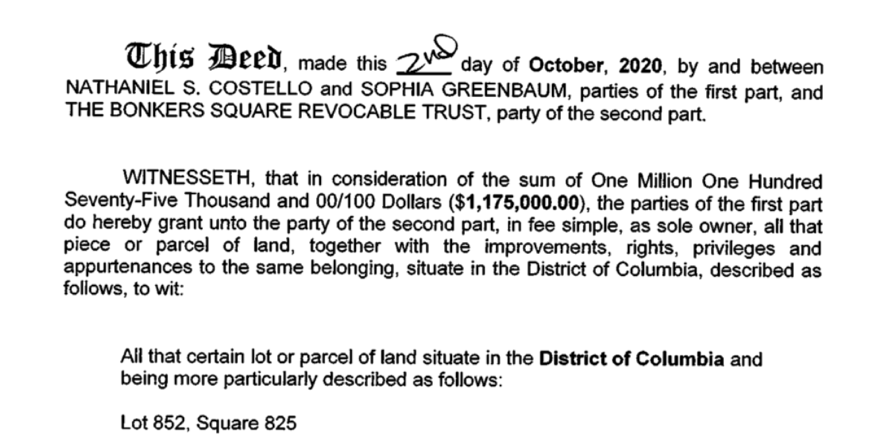 Josh Harder Caught Lying About Where He Really Lives!

SAN JOAQUIN COUNTY- The Sacramento Bee has already called out Josh Harder for lying about his opponent Tom Patti’s record on the gas tax (it was legislators in Sacramento, not Patti, who passed the gas tax, which Harder knows).  Now Harder has been caught in another lie.  He claims he is a longtime Turlock resident, but the truth, according to official documents obtained by 209 Times, is that legally he is a resident of Washington D.C. where his wife also has a fulltime job!

After attending Stanford and Harvard, Harder lived in San Francisco working as a venture capitalist.  He then moved to Turlock just in time to run for Congress in 2018.  But just two years later he was gone again, purchasing a multi-million-dollar home in Washington D.C.  Here it is:

Here is the actual house deed:

He and his wife signed a mortgage document attesting that the DC residence was their primary residence.

Also, Pam Harder has been employed by the Virginia Economic Development Partnership since November 1, 2019.  Yet, in the 2020 election, he and his wife voted in California as California residents!

According to California’s Election law, if a person moves to another state as a place of permanent residence, with the intention of remaining there for an indefinite time, “he or she loses his or her domicile in this state,” in spite of the person’s intention “to return at some future time.”

Now, Harder is pretending to live in San Joaquin County!  Earlier this year he rented an apartment in Tracy so that he could run in a new Congressional district that he’s not even from and represent the Stockton/Tracy area- he has NO ASSOCIATION WITH.

We reached out to Harder about he and his wife’s residential history on September 21st and received no response.