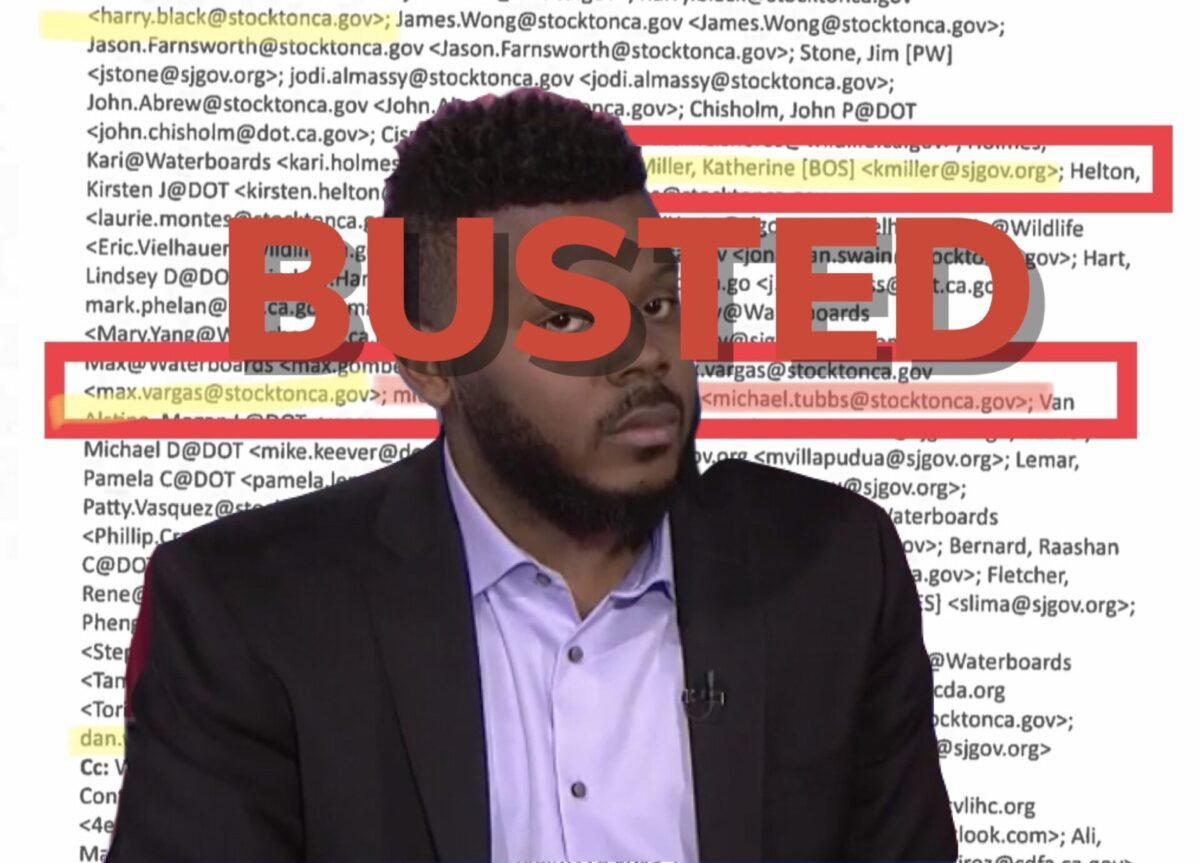 STOCKTON- A newly published documents totaling 89 pages, it is clear that Mayor Michael Tubbs and Homeless Task Force Chair Kathy Miller did in fact know about the agenda in which a “pilot plan” to convert the San Joaquin County Fairgrounds into a “regional” homeless camp for the “greater Stockton area”. They along with every other elected official and city manager Harry Black who have all denied any knowledge of the plan, calling our exposé of it “fake news”, were all openly CC’d on the email inviting them to the meeting. Not only was Tubbs openly copied on the email, but so were his high priced assistants a Stockton Mayor has never had at tax payers’ expense, and his city manager Harry Black. In fact these meetings have been taking place since at least March 2020. But as we tell everyone, don’t believe us or them, look at the documents yourself.

Tubbs and Miller’s defense has been that they never voted on any plan and had no knowledge of it as they did not attend, which documents now prove is a lie. However, even with that defense the question should still be why have they not been in the middle of the meetings dealing with Stockton’s most pervasive crisis which has even poisoned local water ways, is putting the levees at risk to flood the entire city, and has increased 200% in size since Tubbs was elected mayor and has spent most of his time in the Bay Area and out of state. Kathy Miller is the Chair of the Homeless Task Force. Both have bragged about securing over $60,000,000 that remains unaccounted for and without any results to show for. Their defense that they never voted on a plan is also irrelevant as that was never reported by us. What was reported by us is that Michael Tubbs has sold out Stockton not by voting on a plan, but by not objecting to it as evidenced by his own posts on his Facebook page. 70% of Tubbs’ campaign contributions for his re-election campaign have come from outside of Stockton, primarily the Bay Area which would benefit from a “regional“ homeless camp.