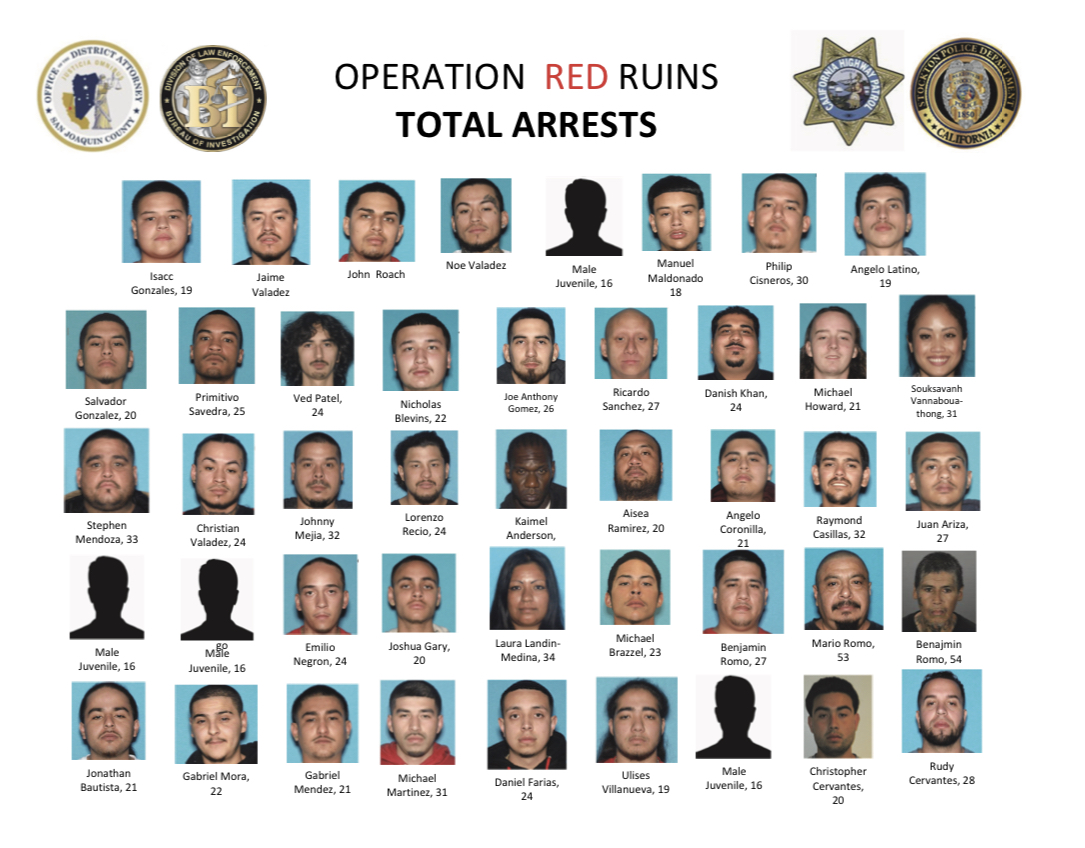 STOCKTON- 49 arrests were made, 42 guns confiscated, and 25 pounds of drugs were taken as part of “Operation Red Ruins“, which targeted alleged Norteño street gang members, according to authorities. According to authorities two homicides were prevented and one of the shootings from earlier this year where an innocent 10 year old girl was shot by a stray bullet while playing in her own backyard was one of the crimes the group was involved in.