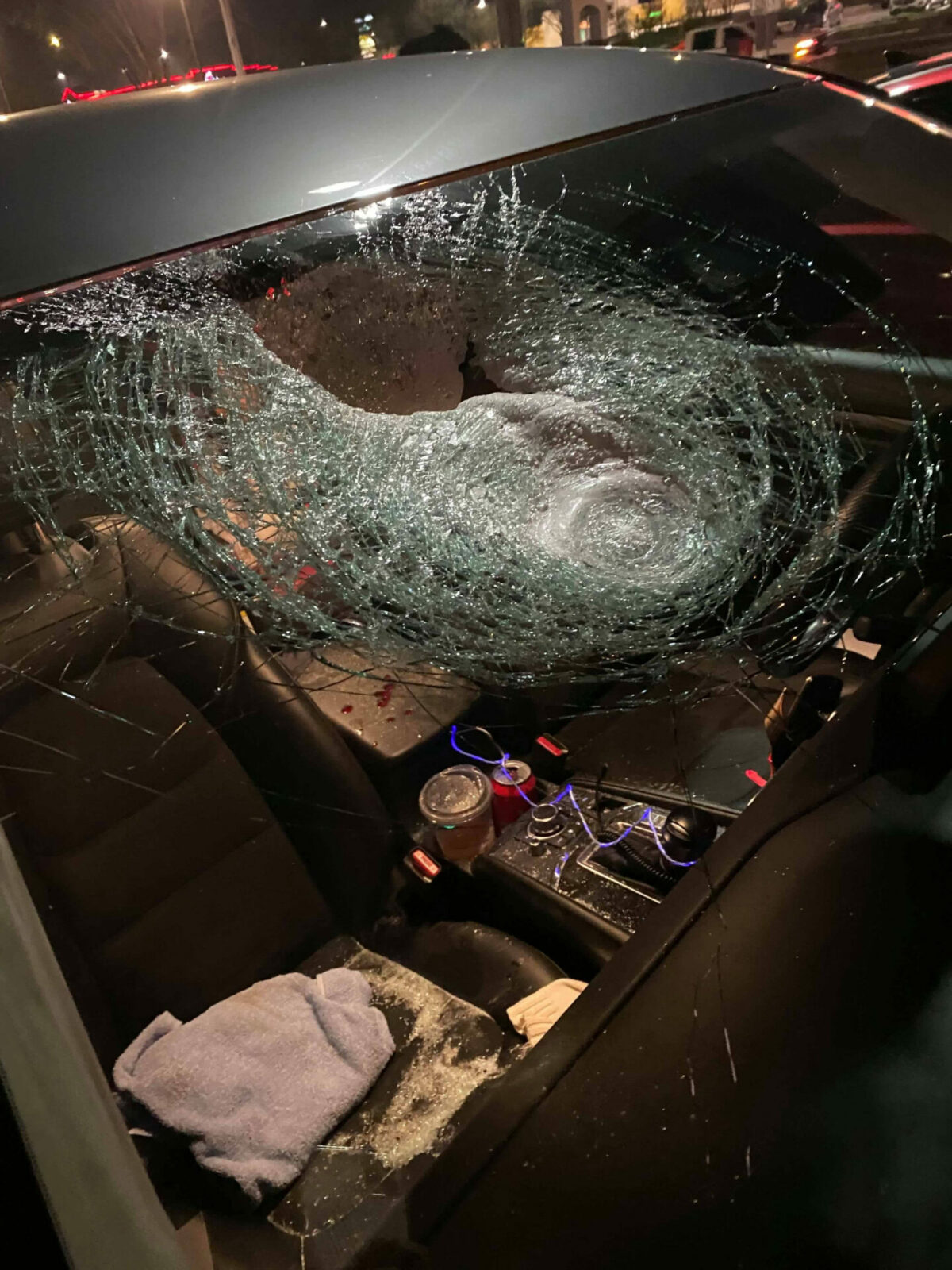 STOCKTON- Last night on January 20th at around 8:30pm a family was driving northbound on I-5 when they believe someone threw a large rock through their windshield which penetrated it, hitting a woman in the face and forehead knocking her unconscious. This attack happened on northbound I-5 between Country Club and March Lane exits. The driver was able to steer the car off the freeway to a safe place until medical services arrived. Their two children were in the back seat. Aside from a laceration everyone was ok thankfully. They are now asking for anyone to come forward to find who’s responsible.