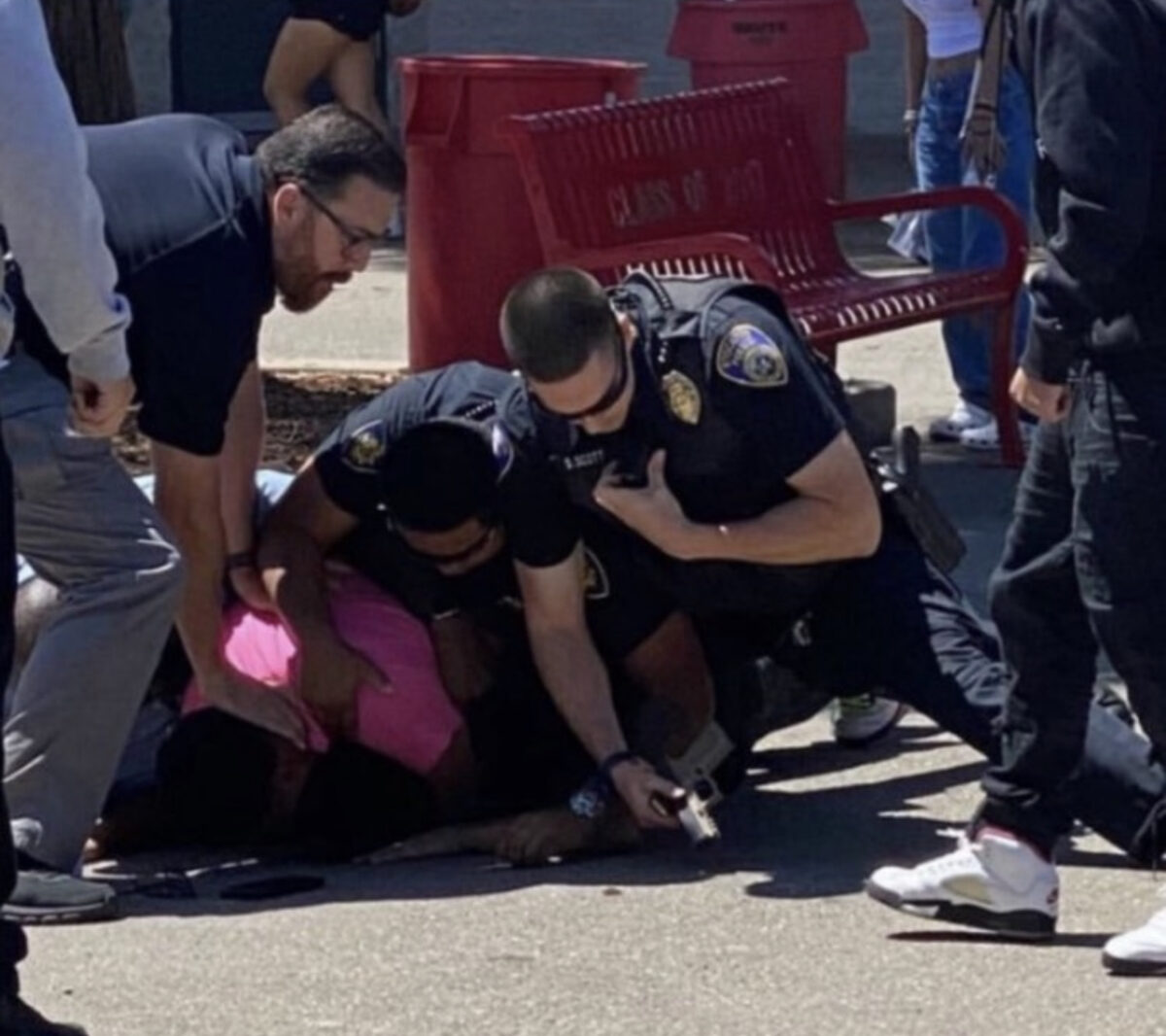 STOCKTON- Police took a gun away from a student during a fight on campus. In a video obtained by 209 Times a student can be seen defensively holding onto a student from behind as two officers join in. The student being held in a black shirt with his left hand stuck down his jeans. As another student tries to intervene, someone can be heard saying, ”Let me go. I’m gonna pop this n*gga”.

The district released the following statement:

At approximately 12:20 pm Lincoln High School had a safety concern which included students engaging in two separate fights on campus. The fights were immediately addressed by campus staff and Lincoln Safety Officers.  Our School Resource Officer requested assistance from Stockton Police Department as back up.  During one of the fights, with our Police Officer present, a student did have a gun.  It was immediately apprehended by that officer.  The students were escorted to safe locations and at least one arrest has been made.  The immediate issues are now resolved and we have resumed the rest of the school day as usual.

We are in the process of fully investigating the incidents so we can respond appropriately. As always, your student’s safety is of utmost concern. While I know many of you may have become aware of information through social media, please know that we will continue to provide you with accurate information as quickly as possible, as it becomes available.  I want to express appreciation for the Stockton Police Department and our District Safety Officers as well as the swift responses of our campus and administrative staff for their support and presence throughout the incidents.

Currently at Stockton Unified there are candidates on the ballot for the November election who support or are supported by the effort to remove police from campuses and put students at risk:

and running for Lincoln Unified area 5 and using the same campaign consultant is:

Motecuzoma Sanchez, the creator of 209 Times and former professor who is a department Director for SUSD and on the ballot for Lincoln Unified board of trustees Area 5 and has children at Lincoln said, ”I’m so thankful no one was hurt. I’m thankful the school police officer was able to intervene immediately and prevent a major tragedy. With over 3,000 students at Lincoln we need more campus police resource officers, not less. The ’defund school police’ group trying to take over SUSD and infiltrate Lincoln Unified are insane outside agitators who don’t even have children in our districts. As parents we are all lucky today.“