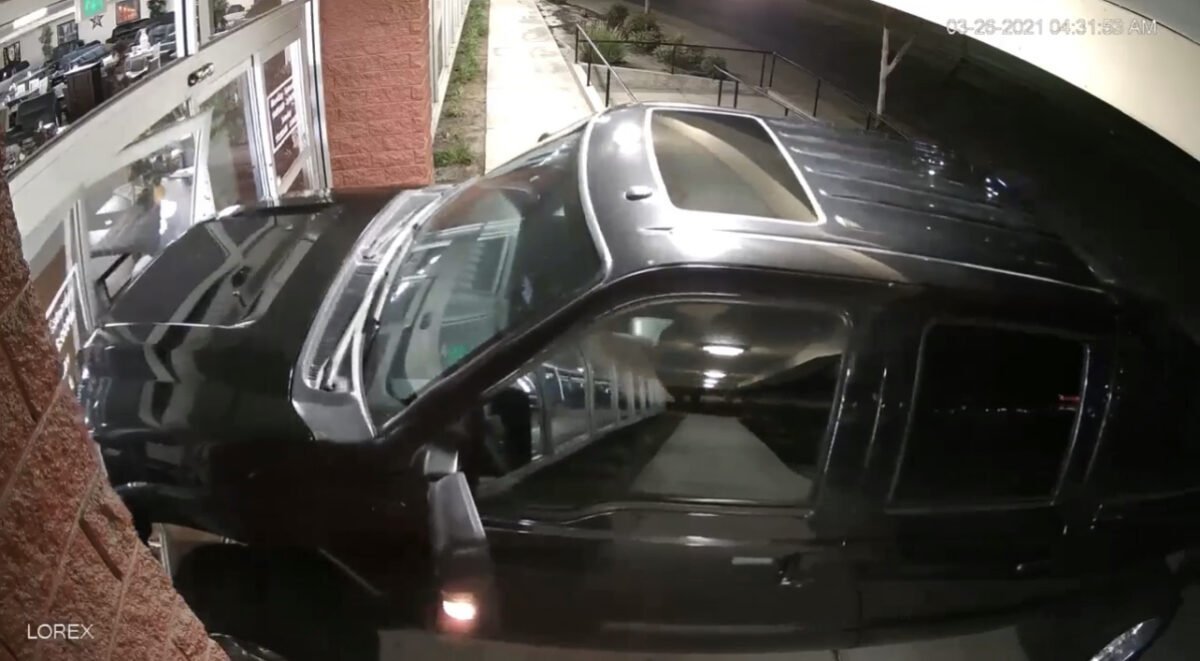 Sources allege that the man in this surveillance video is resident of Lodi, Alex Grundland, the owner of:

Is in the video a man can be seen drinking out of a red party cup, stumbling, and aiming gun at a competitors store, after the gun appears to fail to fire, he then drives his truck into competitor and former business associate, Michelle’s Furniture store on Pacific Ave in Stockton On March 26th at 1am.

Sources say the animosity stems from a dispute over the lease of the property at the Pacific Ave location.

A police report has been filed with Stockton police department.