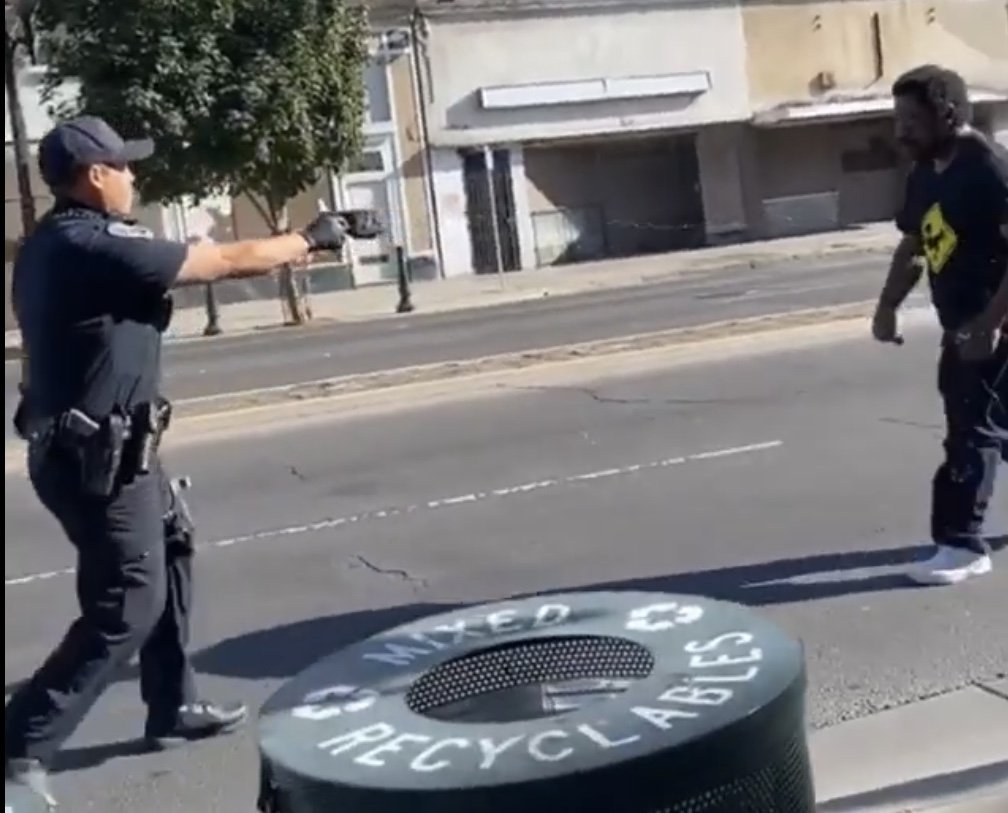 STOCKTON- Like a scene out of a Terminator movie, yesterday evening a man was tased several times and kept popping up without missing a stride towards the responding officer. The officer was responding to a call of an assault and approached the suspect. As soon as the officer arrived the suspect popped up on his feet from the bench he was sitting on downtown and immediately started challenging him to a fight advancing towards him. The officer safely kept his distance until back up arrived and beat the suspect into submission with a baton using non lethal force.

Between the years of 2013-2019, Stockton PD was the 6th worst city in the nation for lethal use of force per capita, 2nd worst in California behind Bakersfield. The Department of Justice had to step in as the city grappled with police accountability protests, instituting de-escalation training and making other necessary changes that has decreased that number. This officer showed restraint while still apprehending the suspect.

This was the description of the event from SPD on their Watch Commander’s Incident Report for July 26th, 2020:

“Battery on an Officer (1748) Weber Avenue and Sutter Street, Civic District  The male victim, 20, was working in the area when he was involved in an altercation with the suspect.  Officers located the suspect who challenged them to fight.  The suspect punched an officer and was taken into custody after a struggle.  ARRESTED: Lorenzo Holliman, 33, for battery on an officer, battery, and resisting arrest”.