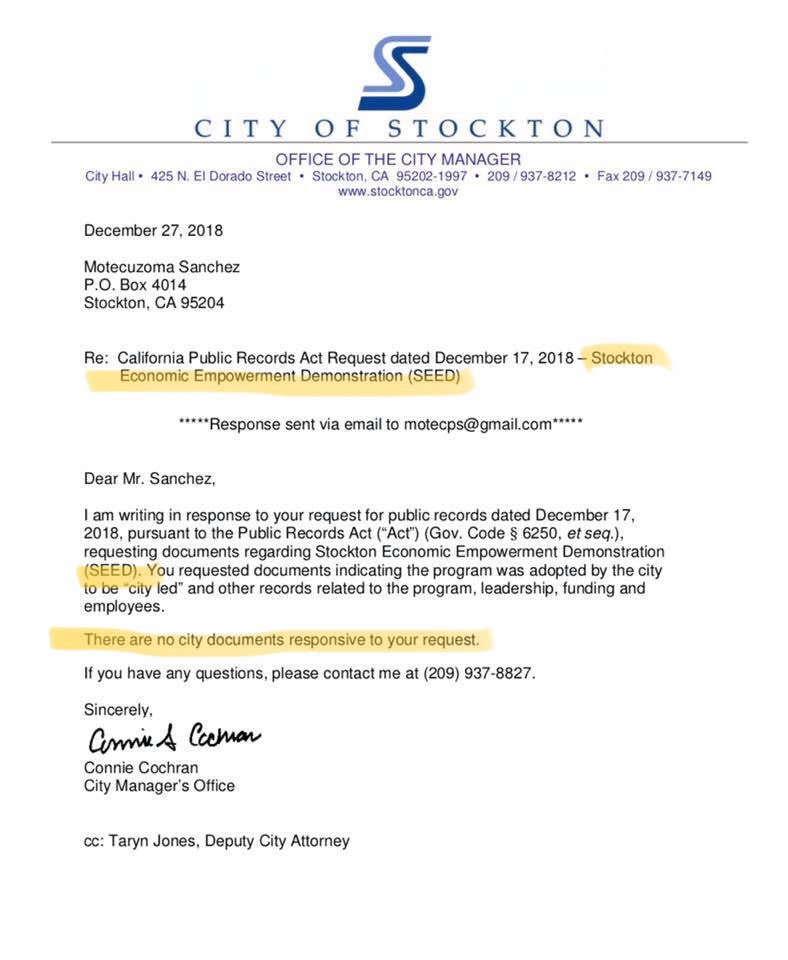 STOCKTON- While Mayor Michael Tubbs has continued to give interviews and make appearances around the country concerning the mis-labeled “univeral basic income” program or Stockton “experiment” as being “city-led”, the truth of the matter is that it is not. Tubbs’ project, funded by millionaires from Silicon Valley, being called Stockton Economic Empowerment Demonstration or SEED, is neither universal nor basic. It also is not city sanctioned or part of any official city buisness whatsover as revealed by an official response to a public information request from Motecuzoma Sanchez:

209 Times debunked his claim a month ago, yet despite the easily proven fact, Mayor Tubbs and his team continue to push the narrative. The question remains, seeing how this pet project is not official city business, how much of city resources like travel expenses, time away from the city he was elected to govern, and his city staffers is he using to advance the program that does not give equal opportunity of access to the public? The public deserves to know.