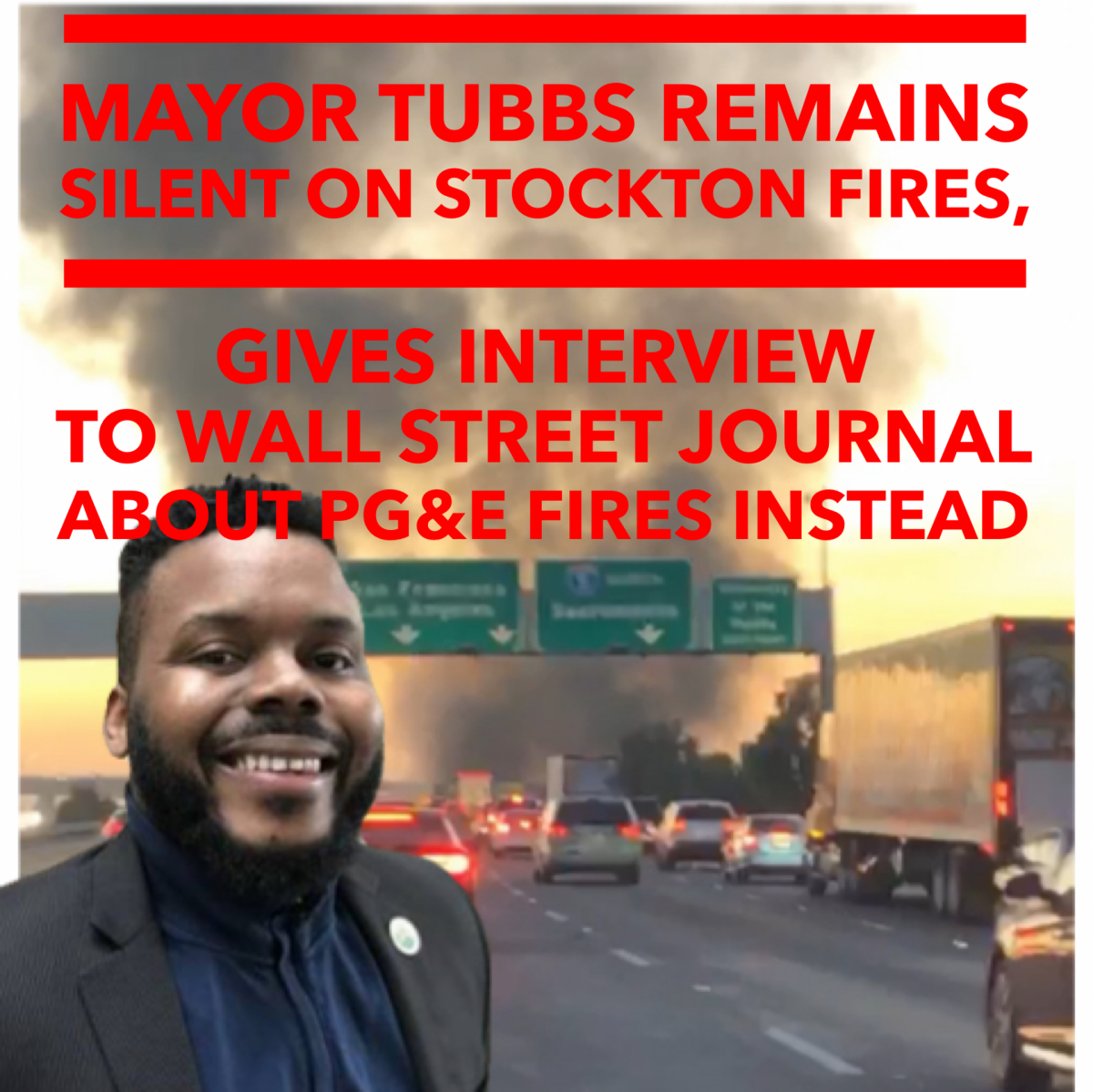 STOCKTON- According to the Stockton Fire Department, the city has on average five wildfires they have to fight per day. That’s 1,525 such fires so far for the year. The suspected culprits and locations of these fires involve homeless encampments. According to the “Homeless Task Force” conducted Point in Time Count of the homeless population for 2019, the number of homeless transients counted in the city has increased some 200% since the last count in 2017. Not even cities like LA, Oakland, or Seattle have seen an increase that dramatic. And yet despite these alarming facts Mayor Michael Tubbs has offered no public assurances or even appeared to be concerned about the problem.

Instead Tubbs has given much of his attention to issues outside of Stockton that get him visits to the west coast for interviews or appearances while the city’s pressing issues go basically ignored. Last year, as his campaign filing statements for 2018 show, he spent some $48,000 out of $48,500 in his campaign account on food and travel outside of Stockton, mostly doing junkets and appearances.

Yesterday another huge fire broke out on the Interstate 5 freeway causing drivers to drive through a thick blanket of black smoke as the homeless encampment below the freeway blazed.

The freeway fires, as we’ve reported by posting pictures and videos, have become almost a daily occurrence and instead of the mayor addressing issue publicly, instead he seems more occupied with state politics. In the most recent example he gave an interview with the Wall Street Journal in support of Governor Newsom’s threat to buyout PG&E if they convicted felon corporation doesn’t get its act together regarding power shut offs to avoid fires caused by their faulty infrastructure.

Stockton has had no major power shut offs and months ago when PG&E first began sending out notices that entire cities could be cut off for up to five days, Tubbs had nothing to say despite mayors from surrounding cities like Tracy and Manteca proactively updating their constituents. Now today the Wall Street Journal has published an article where Tubbs states, “…his constituents worry about power shut-offs by PG&E whenever ‘the wind picks up.’ Mr. Tubbs said that creating a customer-owned utility ‘allows us to put people ahead of profits, safety ahead of dividends and local control ahead of corporate rule.’”

When Tubbs will actually address the pressing issues in the city that elected him has yet to be seen. The election for mayor is in March 2020.