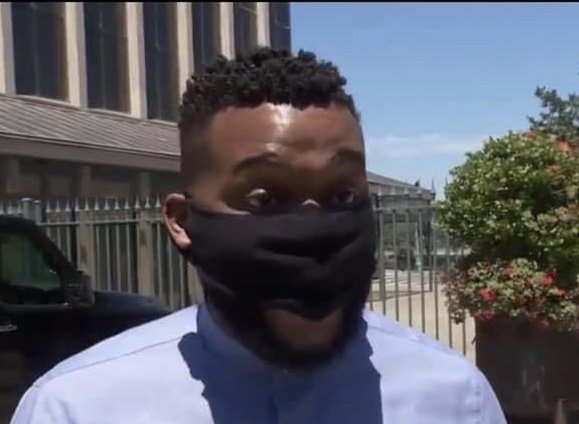 STOCKTON- Mayor Michael Tubbs has placed a last minute “urgency ordinance” on tomorrow’s city council agenda trying to force residents to wear a mask when outside or at work or businesses, despite not wearing one himself when he thinks news cameras aren’t around. It’s also unclear if he himself will be the provider of those masks and at what cost. The text of the ordinance also included penalties under “enforcement although it is unclear what those penalties will be or how the ordinance will be enforced in a city where police are more occupied fighting crime in what has become the 10th most dangerous city in America under his leadership or surrounded peaceful protestors, he doesn’t support, in riot gear.

This seems to clearly be a ploy to garner more attention for himself in an election year in a city where he has been notably absent from for the last three years of his four year term. Last year alone he spent $9,000 a month on average on travel and food outside of Stockton according to his own campaign documents. He has exploited the COVID-19 pandemic since it hit the United States, quickly joining forces with his former disgraced partner on the City Council, Moses Zapien, to create a “Stockton Strong” fund to raise money for the nonprofits that help him politically with an undisclosed amount going towards his own “stockton scholars” that currently is short several millions of dollars he lied to the public that it had.

While trying to sound official using terms like “the mayor has issued to council members” the fact is no one asked him or required them and it was not done in an official capacity. In fact not only did he and Governor Newsom incorrectly wear the masks they appeared visibly uncomfortable in last week for news interviews and twitter photo ops, but the same mayor Tubbs had no mask on surrounded by dozens of people at an event on two days after those photo ops with the Governor.

Oddly enough while his social media profile pictures seeks attention with a photoshopped mask on, the actual masks he’s given out aren’t “masks” at all. They’re strips of thin cotton similar to what is used to make t-shirts and underwear. The strips are thinner and more flimsy than a bandana with slits cut on the side for the wearers ears.

Even the package of the “masks”, which we’ve acquired, is labeled as a “face covering” and has a disclaimer that it doesn’t NOT help at all against “viruses or disease”. As usual it’s for the attention.