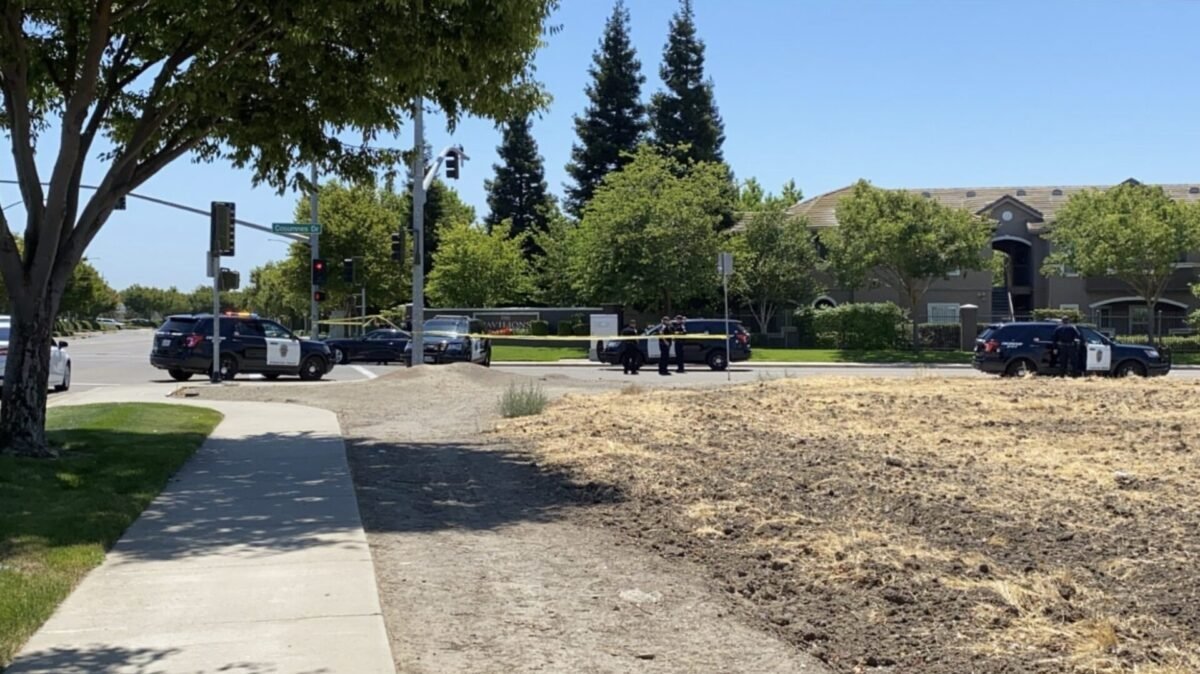 STOCKTON- A murder suspect has been shot by multiple officers multiple times with live rounds then again with bean bags in the parking lot of the Pavilions Apartments behind Walmart off of Trinity Parkway near 8 Mile Rd and I-5. Witnesses describe seeing the suspect unresponsive and bloody with first responders administering chest compressions.

Video audio has sounds of multiple gunshot bangs then officers yelling “bean bag” as 4 more rounds are shot from a shotgun. A perimeter is taped off as is the protocol during a police shooting investigation.

SPD has released the following statement;

Today, officers were actively looking for a wanted homicide suspect when they located him inside a vehicle in the 5200 block of Consumnes Drive. As officers approached the vehicle, it appears the adult suspect tried to run the officers over. Fearing for their safety, several officers fired their weapons shooting the suspect. Medics transported the suspect to an area hospital for treatment. His condition is unknown. All the involved officers are uninjured. We have now initiated a County-Wide Critical Incident Investigation. We will release more details when they become available”.