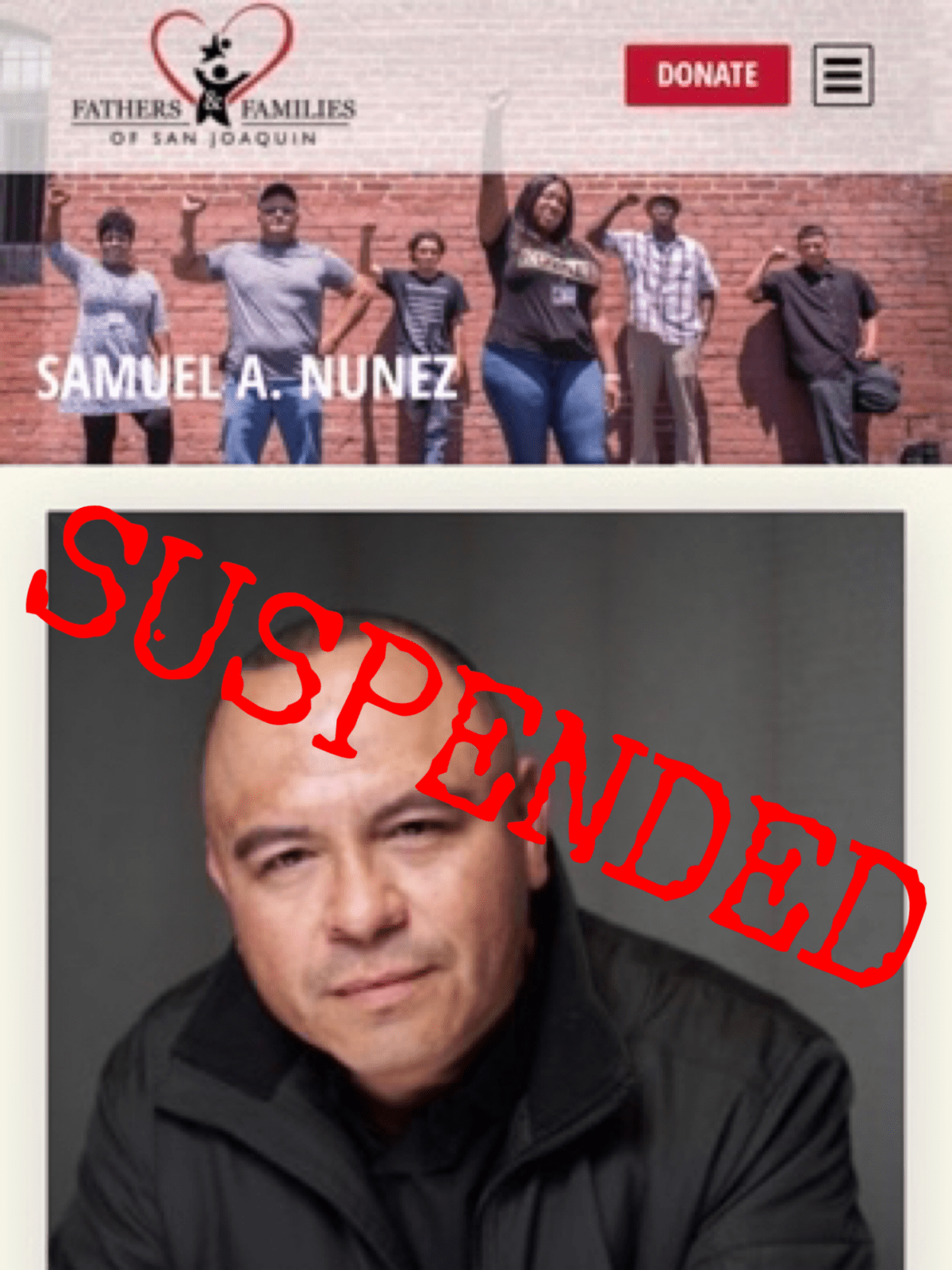 209 Times has received evidence that Sammy Nunez, the executive director and founder of Fathers&Families of San Joaquin has been placed on “Administrative Leave” for a period of 6 months “to address personal and professional challenges”.

Fathers&Families is funded in great part by public tax dollars including AB109. Nunez, who many in the community that have worked with him before refer to as “Scammy”, has been the subject of several allegations from recent employees for multiple issues including theft of employee wages, threats and intimidation, and harassment.

In 2018 several women employees published a scathing letter listing their allegations against him and called him out to his face at the Women’s March for those alleged abuses. Those complaints had fallen upon deaf ears over the years by his board of directors who have shielded him and many consider to be complicit in his alleged behavior.

We have contacted the organization via email and by phone and have only received confirmation that he is an employee and they could not speak on the matter.

If you or anyone you know has experienced similar issues, but been afraid to come forward, now is the time to contact the board of directors who placed him on leave. He has been advised not to contact employees and cease from executive duties.

We have also reached out to his good friends and allies such as disgraced former mayor Michael Tubbs ( Nunez was featured in Tubbs’ HBO propaganda film) and State Senator Susan Collette Eggman who both featured him on their campaign fliers, for a statement, but have yet to receive any response.