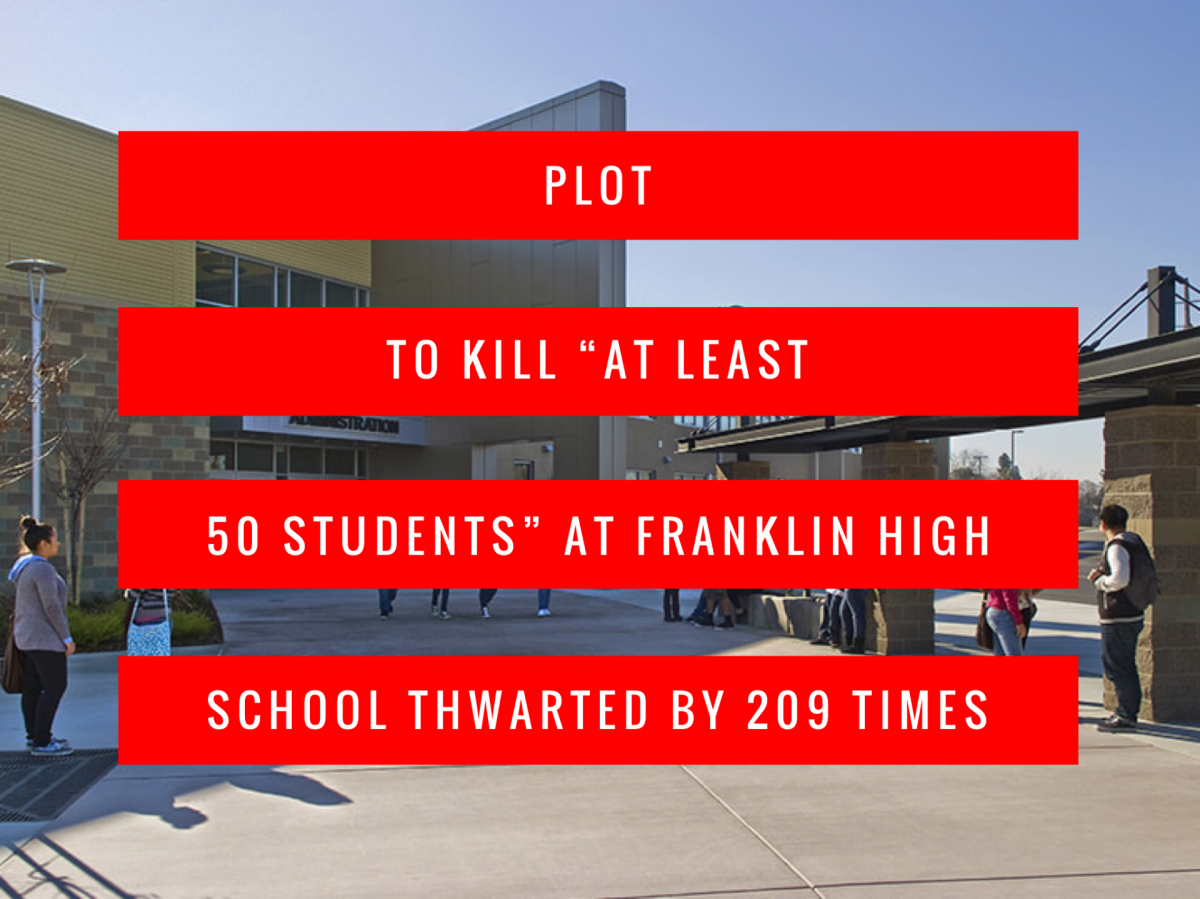 STOCKTON- Immediately acting upon a report from 209 Times, last night at approximately 8:30 pm, Sheriff Withrow “pulled the red lever” to quickly investigate, locate and apprehend two juveniles for making serious domestic terrorist threats and other associated crimes. No one was injured during the arrest which was ultimately made by San Joaquin Sheriff’s Agricultural Gang Narcotics Enforcement Task Force (AG-NET).

The disturbing plot to bring harm to Franklin High School students was originally unearthed by 209 Times, which included using an “AK-47 with a 100 round drum.” The plan included not only specific details and targets, but pictures of firearms to be used.

“San Joaquin County’s Joint Terrorism Task Force’s overwhelming success last night would not have been possible without the great working relationship we have with 209 Times” said Sheriff Withrow this morning in an exclusive interview. “We are also eternally grateful to Stockton Unified School District Police Chief Anne Johnston for her office’s great assistance.”

Meanwhile this morning there was a mass shooting at a Santa Clarita High School with multiple casualties where a similar plan was carried out.