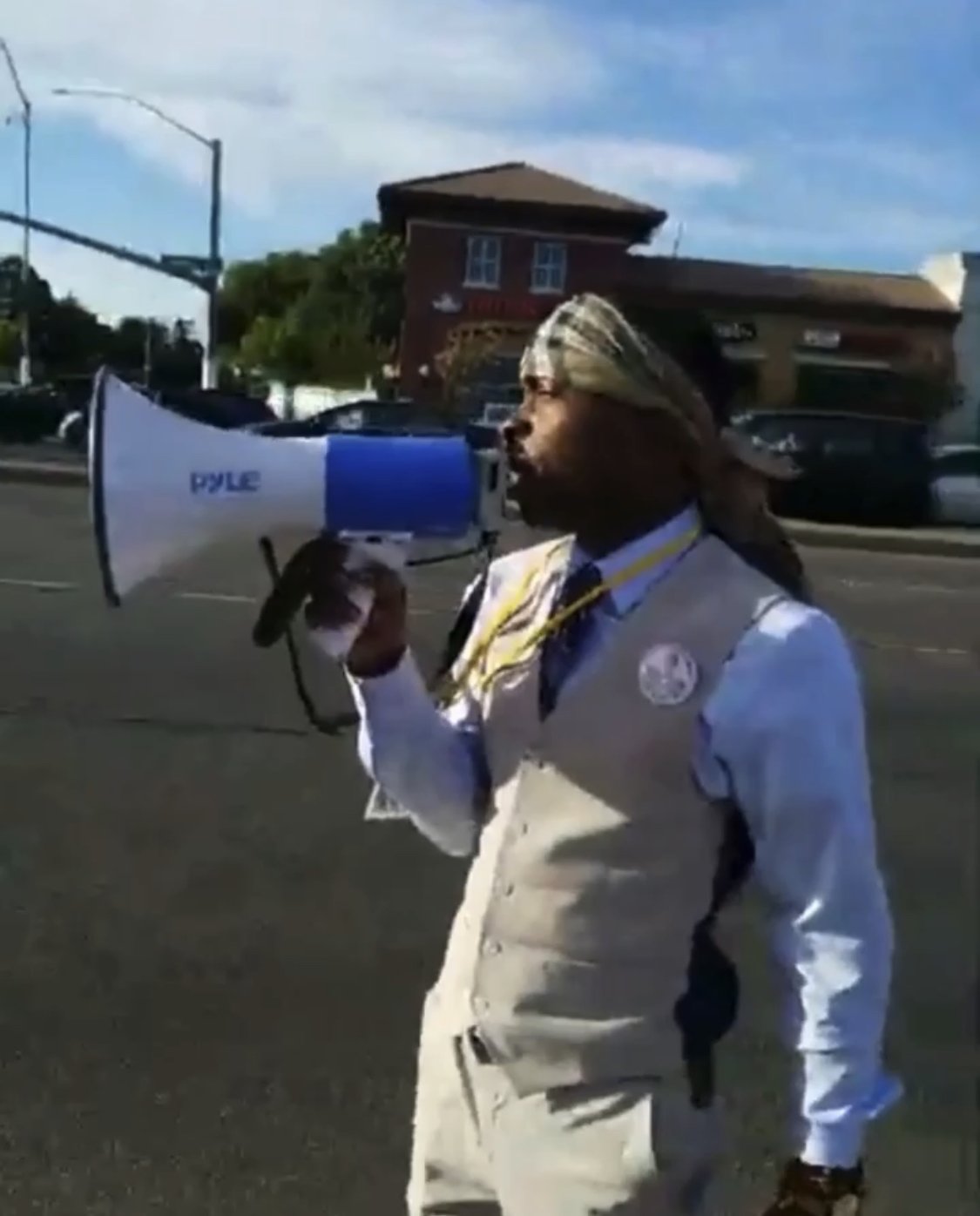 STOCKTON- Police closed Hammer Lane at Lower Sacramento Rd in response to a demonstration by Black Lives Matter protestors who were going into traffic. Their aim was bringing attention to issues in Stockton with police. They were also giving away masks to help stop the spread of COVID-19.

Dionne Smith spoke on the corner of Hammer Lane at Lower Sacramento Rd with the Stockton group known as Black Lives Matter bringing attention to issues in Stockton including police misconduct and those killed by police in the last decade including her 16 year old son James Rivera in 2011. The City of Stockton took nearly a decade to go to court and settle on after a federal judge denied their request to dismiss the hearing after deciding the officers’ statements of the shooting did not match and could not both be true.

Also joining them was Stevante Clark, brother of Stephon Clark, whose killing in his grandmother’s backyard by police who said he had a weapon that turned out to be a cell phone sparked major protests in Sacramento in 2018.