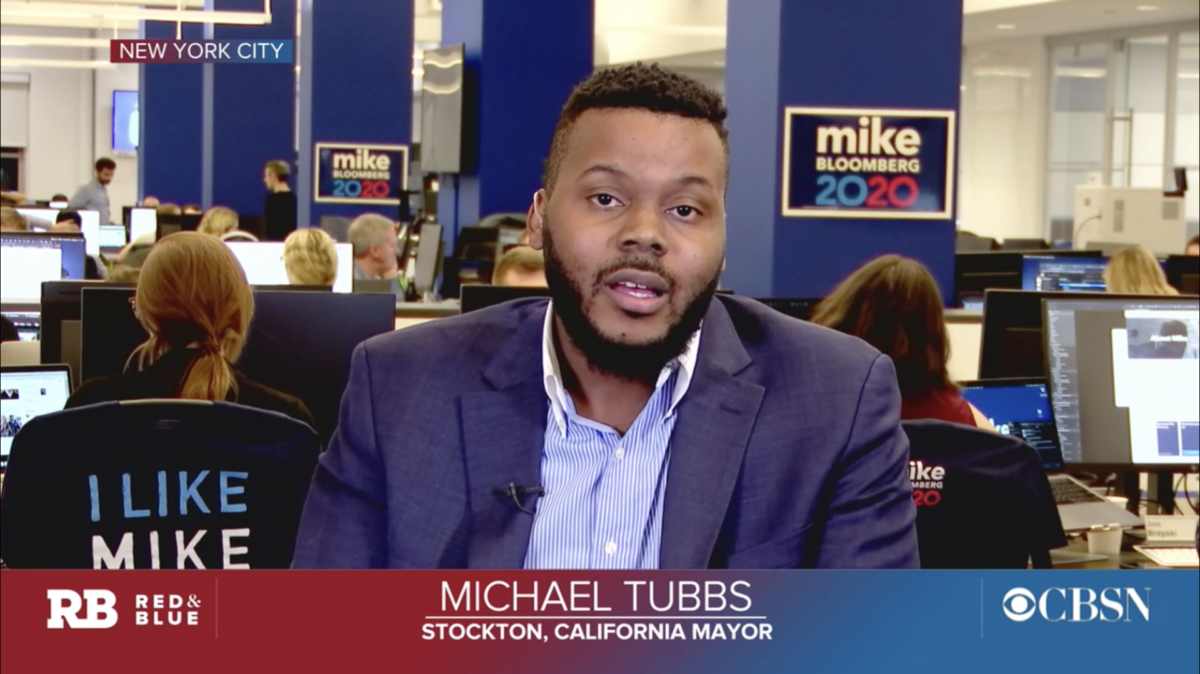 NEW YORK- On January 6, 2020, the mayor of Stockton, California was interviewed while working his full time job…in New York. Despite being the only full time member of Stockton’s City Council being paid a full time salary with benefits, Michael Tubbs is working a full time job as Co-Chair for billionaire Michael Bloomberg’s Presidential campaign. Stockton residents were surprised to see their mayor being interviewed while working another job in another state on another coast. When asked a basic question about the number of delegates needed by Bloomberg, who is funding his own campaign and not eligible for democratic debates, Tubbs doesn’t know the answer and deflects by saying, “ We have math guys for that. I’m the mayor”.

Mayor Tubbs has been widely criticized for being an absent mayor, spending most of his time traveling outside the city while promoting himself in paid appearances and using his city staff and resources to solicit millions of dollars, not for the city coffers, but for his nonprofit Reinvent Stockton Foundation he founded the same month he took office as mayor.

Tubbs is up for re-election himself and faces 7 challengers in the primary election March 3rd.