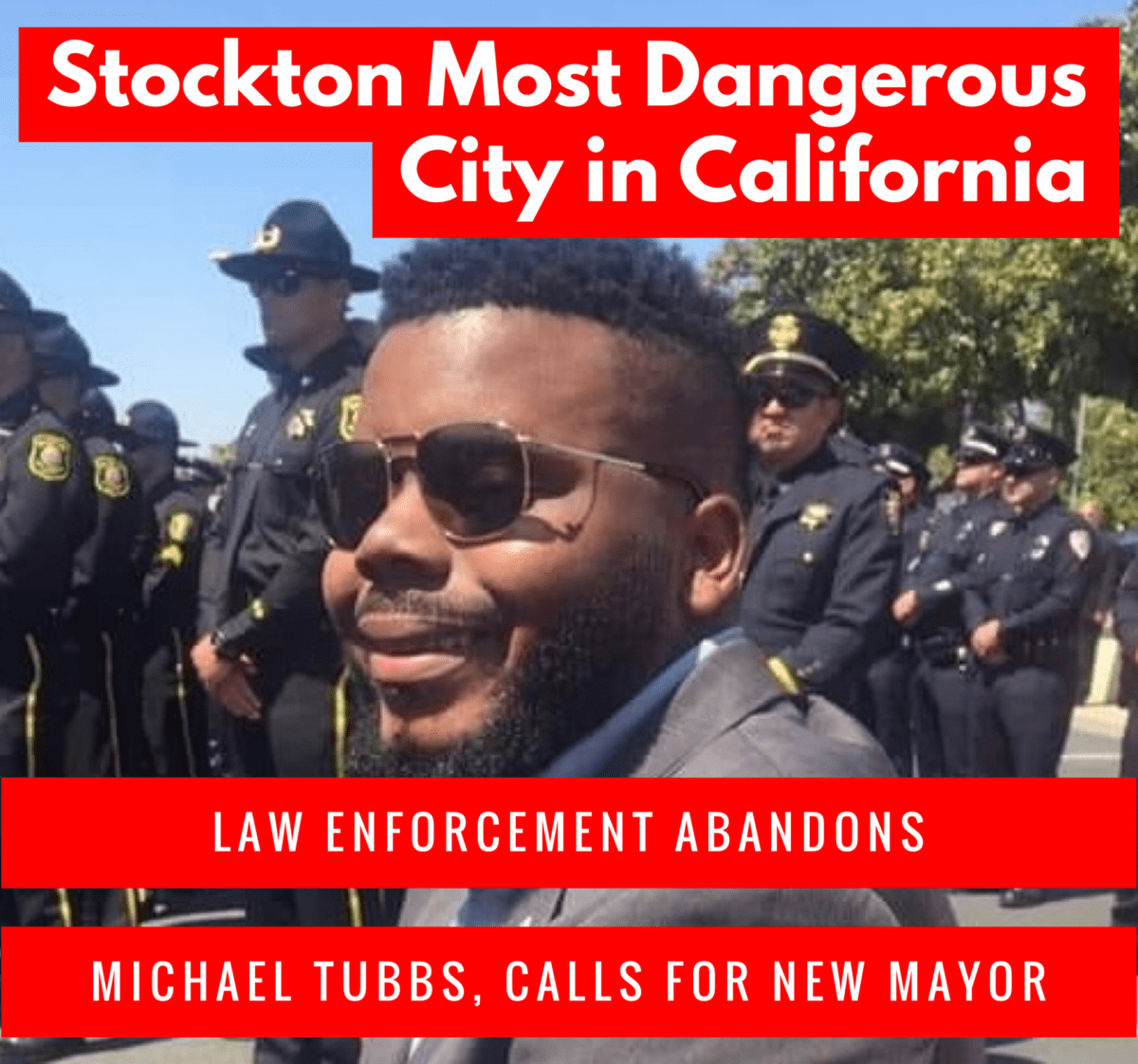 The Stockton Firefighters Local 456, Stockton Police Officers Association, San Joaquin Deputies Associative, San Joaquin Correctionial Officers, and SUSD Police have all announced that they are calling on Stockton voters to stand behind Kevin Lincoln to help make the city safer.

The move comes as a major blow to Michael Tubbs who had the support of all of those groups when he ran for mayor in 2016. After four years of neglecting the city while spending $9,000 a month of campaign funds on personal travel to promote himself and his own Reinvent Stockton Foundation, the homeless crisis has tripled and the city has become plagued by more violence.

Part of Tubbs’ failed plans has been to bribe, we mean pay, suspected shooters in violent crimes, a monthly payment. It has not worked yet Tubbs’ continues to lie on interviews, campaign material, and a recent @hbomax documentary ironically called “Stockton On My Mind” that he has decreased Homicides by 40%.

The fact is violent crime has increased every year Tubbs has been in office, except this year because of the COVID-19 forced shut downs. Despite that overall trend, Homicides at this point compared to last year have increased double digit percentages.

The election is on November 3rd.