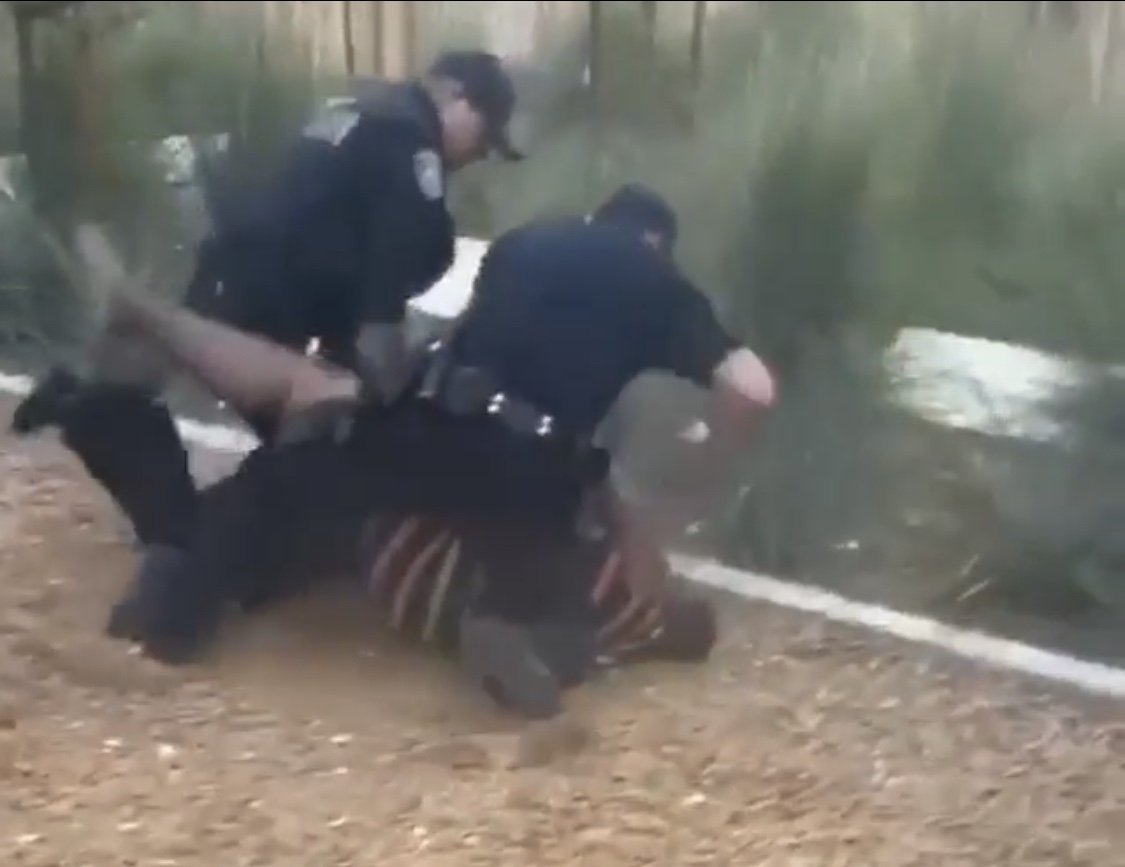 STOCKTON- Videos of about altercation between police officers and a woman have residents upset. Police say it was their officers who were assaulted and footage from the body worn cameras will be releasing soon. This was reported today on the Watch Commander’s Night Incident Report for 9/30/2020 as incident #6:

“Battery on an Officer (1848) 1600 Block of Twelfth Street, Park District The suspect was involved in a disturbance and was contacted by officers. She punched an officer in the face and was taken to the ground and into custody.  ARRESTED: Tameika Martin, 32, for battery on an officer and resisting arrest”.