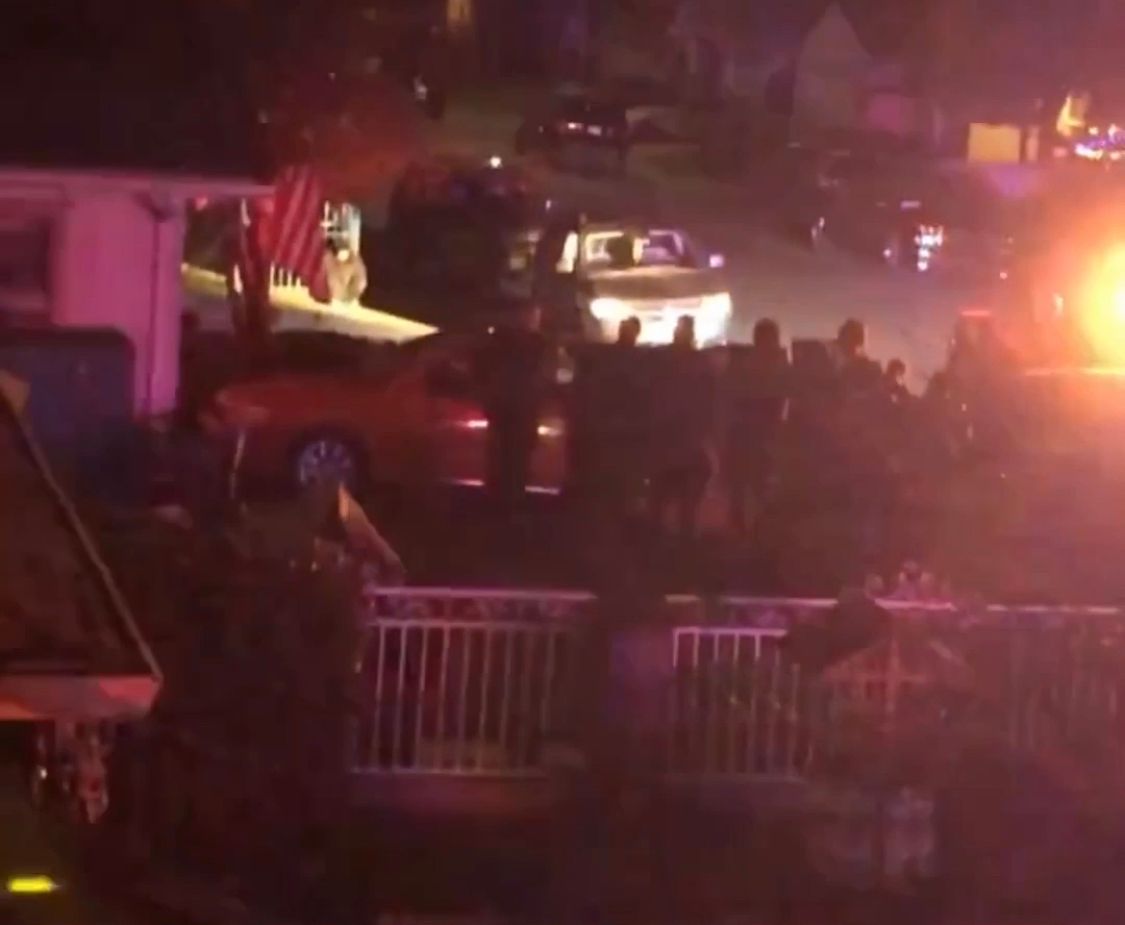 STOCKTON – A man was arrested last night in dramatic fashion as over a dozen police use shields, bean bags, and a K-9 to bring down a suspect who was suspected dog having a gun. Per Stockton PD:
“Resisting Arrest (1954) 1600 Block of Hiawatha Avenue, Park District
Officers responded to a disturbance at the call location and contacted the suspect. The suspect advised officers that he had a gun and wanted police to shoot him. After he refused several commands to show his hands, less than lethal bean bag rounds and a Police K-9 were deployed. The suspect was taken into custody and restrained. The suspect was medically cleared at a local hospital. ARRESTED: Jose Corralejo, 38, for resisting arrest and a 72-hour mental health hold.”