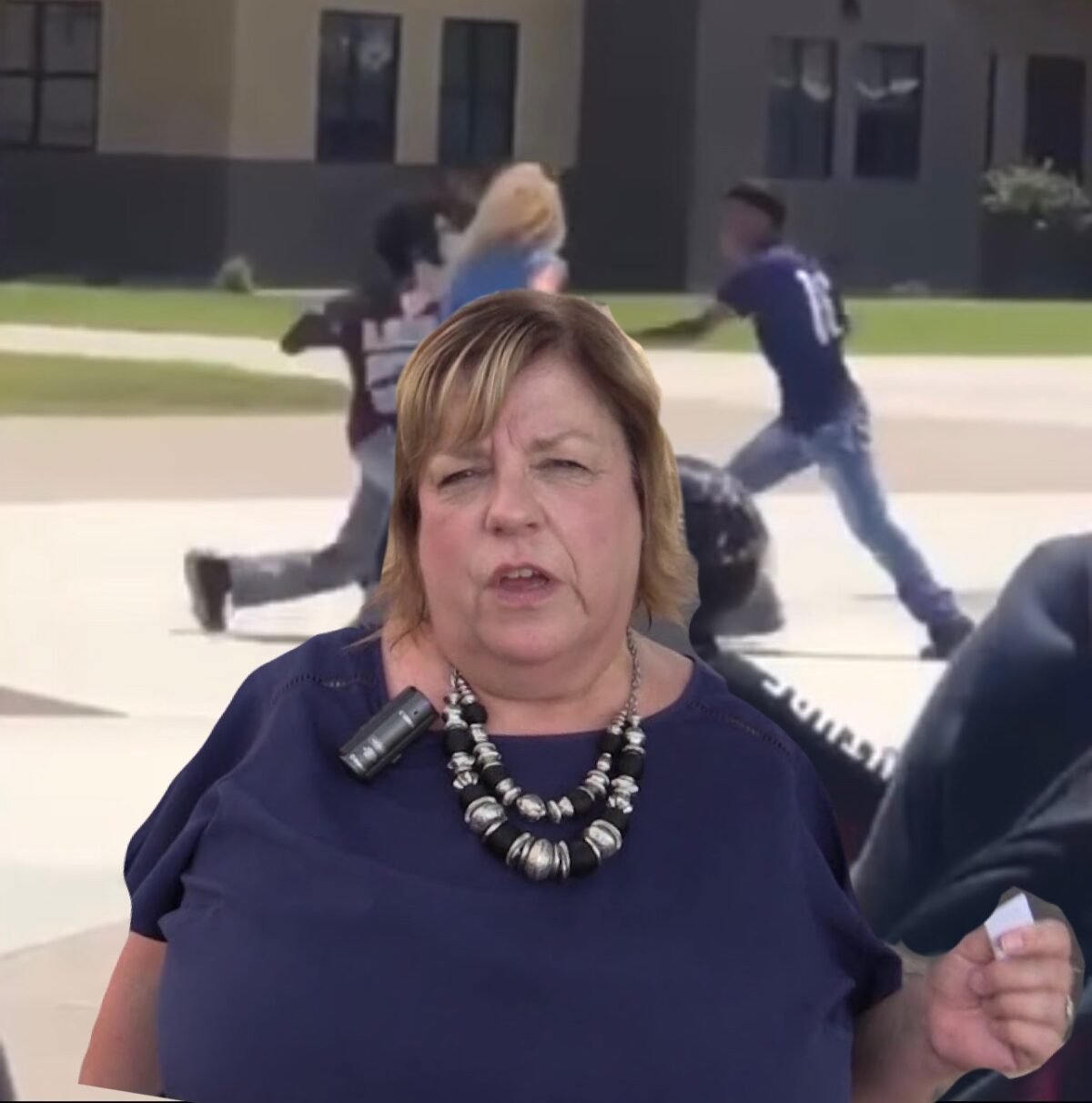 STOCKTON- On August 10th a fight between multiple students broke out at Edison High School. Unlike the previous practice under the failed leadership of former Superintendent John Deasy of letting students beat each other without intervening, staff including Principal Anderson and Assistant Principal and Vice Mayor Christina Fugazi rushed to the aide of the students being attacked and put themselves in harms way to stop the violence. Principal Mr. Anderson was seriously injured in the fight requiring medical attention in the hospital. Christina Fugazi was also injured in the fight as she got between students throwing punches at each other and can even be seen on video being thrown to the ground.

Nevertheless, the Executive Director for Restore the Delta, Barbara Barrigan, took the opportunity to exploit the violence between students of different ethnic backgrounds and injuries to staff to stoke racial division by editing a video of the fight with a caption to make it appear Fugazi, who is White, somehow targeted a Black student with violence.

The full and unedited videos show that not only did she not make contact by swinging her arm up to defend herself and a student she was shielding, but that the student had just been punched in the head by the student Barbara is referring to.

People are now publicly and privately calling for Barrigan’s removal from Restore the Delta, which she heads and has been ineffective in gaining traction in the community. The organization is non partisan and  is funded by the likes of Spanos which provides her salary as she engages in vile partisan attacks on community leaders of Color. She’s even previously been served with a Cease and Desist for posting blatant and defamatory lies on social media towards leaders of Color in the community.

She also runs a now defunct organization called Families for a Better School Board attacking the new leaders of Color in Stockton Unified School District and Superintendent John Ramirez Jr who is Chicano and the only non white Superintendent in all of San Joaquin County. Public records show she was paid some $50,000 by Charter Schools proponent and “Reinvent Stockton”/Michael Tubbs backer Don Shalvey and after six months was only able to garner 412 followers on their Facebook page. That funding was eventually cut off in light of her failures and the “organization” was closed down by its funders.

Nevertheless, Barbara Barrigan who is a White woman that lives in north Stockton and has no children in SUSD or even lives in the district, continues to malign its leadership for political purposes because their candidates all lost in the November 2020 election. She continues her divisive campaign using slander and vitriol along with her partner Nicholas Hatten, the disgraced former Executive Director of the San Joaquin Pride Center he founded and resigned in lieu of being fired by his board of directors after his own staff led a revolt complaining of several abuses including bounced paychecks, being paid in IOU’s, and ironically for being transphobic. Along with them, disgraced former mayor Michael Tubbs is also exploiting the youth violence despite no longer even living in the city while calling people who call him out “dirt track”.

Hopefully more students and staff aren’t hurt as a result of their political assaults. The board of Directors for Restore the Delta needs to take effective action immediately.

The nearly defunct Record also continues to show its politically biased “reporting” by broadcasting the edited video of Barrigan with a clearly biased article written by Sacramento Bee reject Cassie Dickman who now writes for the Record and continues to show her allegiance to Barrigan and Tubbs’ political cliqué. Activists we spoke to say they would call for a boycott on the Record until Dickman is removed, but it’s not worth boycotting a newspaper that’s only $0.99 for 6 months.