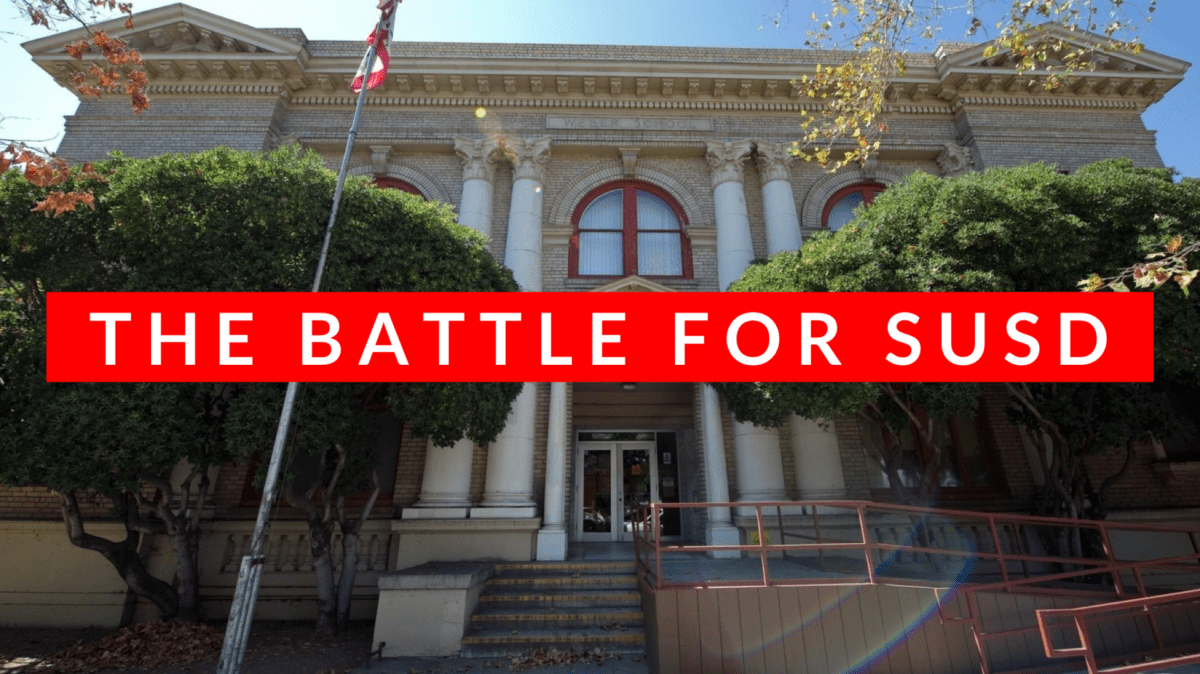 STOCKTON- Our investigators have discovered a coordinated campaign of undue influence from outside of the city whose aim is the Charter School Expansion into the Stockton Unified School District. Paid operatives connected to Mayor Tubbs and the three SUSD Board members under his influence (Lange Luntao, Angelann Flores, Candelaria Vargas), have created an online campaign to mudsling and push a recall election against the majority Board members of SUSD who are not part of their agenda.

The public excuse being used to justify the recall campaign is a vote on whether or not the classes should resume during the statewide shutdown over COVID-19. The reality as we reported on was that the agenda item voted on included language that tried to give inappropriate broad reaching powers to “Reinvent’s” ally Superintendent John Deasy, whom sources say was under investigation at the time. That investigation based on his actions regarding a repeated attempt to have the board approve a $2,000,000 annual fee waiver to real estate developers amidst employee layoffs and a budget crisis led to his resignation in lieu of a likely termination.

In addition to developer kick and host of other negative actions and backroom dealing with those powerful interests that are looking to open 6 new Charter Schools in Stockton.  Also, his negative impact on the budget placed the district in a difficult position, where the State of California could have moved to take over the district, due to a depleted reserve going into the 20-21 school year. Deasy started with a record surplus and in two years turned that into a multimillion dollar deficit.

Today, we begin with the budgetary issues that sounded the alarm with some board members, that are not aligned with those special interests that are looking for a way to push their agenda in Stockton.

When the First Interim Budget report was released, some Stockton Unified School District board members began to have questions about why the District was headed for a state takeover.  One board member called for Special Board meetings when it was clear that the Superintendent John Deasy was not following the School Board’s direction regarding spending. After the First Interim Budget Report, board members discovered that the 21% budget reserve that was inherited by Superintendent John Deasy had been reduced to approximately 8% entering the 20-21 School Year and down to about 2% by 21-22 School Year. The School Board members wanted to make sure that the SUSD district would not be taken over by the State, due to fiscal recklessness, and ensure the district would enter the 20-21 School year without a budget defict.

After the departure of Superintendent Deasy, for the first time in several years, SUSD will begin the 20-21 School Year with a balanced budget. Although there are still significant shortfalls to the budget, the district has the opportunity to make the necessary adjustments to begin to balance it for the following years. If these questions and expectations were not raised by members now being targeted for recall by “Reinvent” , SUSD could be facing a state takeover, due to fiscal mismanagement.

Despite the name calling and false allegations made by the Charter School interests, Concerned board members also worked to assure that the schools would be closed during the COVID 19 crisis. In fact, they were instrumental in developing a resolution that ensured that the entire Board of Trustees was included in all decision making, during this unprecedented time. As John Deasy continued to lead the district recklessly, school board members worked with colleagues to make sure our students would be safe and that the community would be included in all decisions regarding school closure and any potential for reopening.

Finally, both Maria Mendez and Scott McBrian, SUSD Board members worked to stop the Resolution, pushed by John Deasy and the outside special interests, which would have given away over 2 million dollars in developer fees. It would have been irresponsible for a District that is operating with a deficit, to give away one of the few sources of revenue, during a financial hardship.

The real reason these special interests are trying to recall Maria Mendez and Scott McBrian, is because they won’t play ball, (the way Tubbs and his “reinvent” associates do) while special interests come to Stockton to profit off of the backs of Stockton’s children.